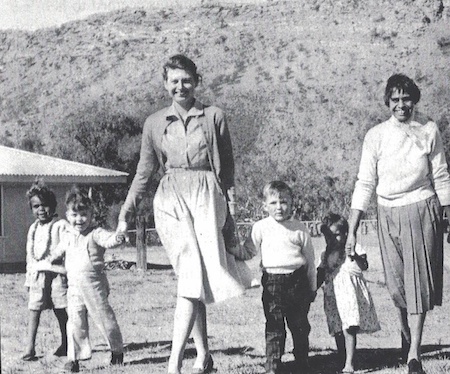 The First Aboriginal preschool in Alice Springs was established by the Anglican Church in 1953.

Father Percy Smith and Lucy Britain who worked for the church became concerned that Aboriginal children who lived in the town area of Alice Springs did not have access to preschool education.

There had been a town preschool since 1946 but only white children attended.

The co-founder of this preschool was Nathalie Gorey who had come to Alice Springs a few years before to teach at the Alice Springs higher primary school.

It was not that Aboriginal children were precluded from attending the town preschool, it was more so that their circumstances made it difficult for them to do so.

At this time most Aboriginal people who lived in the town did so at The Gap, which was south of the main township close to Heavitree Gap.

The Aboriginal people who lived there were isolated in a socio-economic sense as well as there being no means of transport to get any of their children to the town preschool.

The housing and facilities at the Gap were poor, which created further difficulties.

Father Smith and Mrs Britain realised that when Aboriginal children started school at the age of five they were behind white children in terms of their cognitive and social skills.

Modern research has shown that 50% of a child’s intelligence is formed by the age of five.

It was therefore extremely important that Aboriginal children had access to preschool education.

Father Smith knew most of the Aboriginal families at The Gap and he encouraged them to take the church’s offer of a special preschool.

He arranged for a government truck to go to The Gap each day, pick up the children and return them at the end of the day, which solved the transport problem. 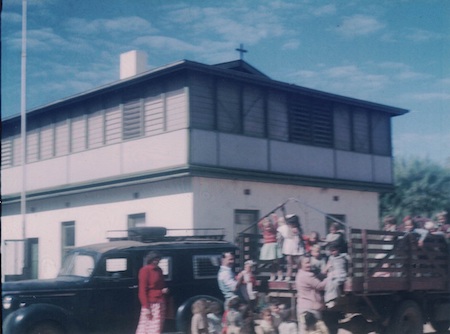 The preschool was conducted at St John’s Hostel.

Mrs Britain ran the preschool very well and was very understanding of the special needs of these children. Children were given meals.

She was ably assisted by Marie Burke who was an Aboriginal woman who resided at St Mary’s Hostel with her two daughters. Ms Burke was more than likely the first Aboriginal teacher aide in Australia. She was known and respected by many people in Alice Springs.

This arrangement lasted until 1960 when the government established an Aboriginal preschool in Alice Springs.

The preschool was established at The Gap and was called The Ida Standley Pre-school. It was funded by the Commonwealth Government.

The Anglican Church rendered a significant educational service to Aboriginal children in Alice Springs at a time when there was little understanding of their particular needs.