Pine Gap and Five Eyes: what did they know about COVID-19? 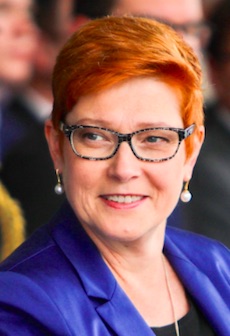 Should the performance of intelligence agencies be part of an independent review of who knew what and when about the threat of the novel coronavirus?

Foreign Minister Marise Payne (at right, the official portrait) has called for such a review, mentioning in particular the role of China and the World Health Organisation (WHO).

“I think the key to going forward in the context of these issues is transparency,” she told the ABC’s Insiders on Sunday.

“Transparency from China most certainly, transparency from all of the key countries across the world who will be part of any review that takes place. I think it’s fundamental that we identify, we determine an independent review mechanism to examine the development of this epidemic, its development into a pandemic, the crisis that is occurring internationally.”

And, the review would identify ”the genesis of the virus, about the approaches to dealing with it, and addressing it, about the openness with which information was shared, about interaction with the World Health Organization, interaction with other international leaders.”

So what about the role of intelligence agencies, including those in the Five Eyes network of which Australia is a part, with the Pine Gap facility in our backyard (below, in a photograph by Kristian Laemmle-Ruff) one of the most powerful surveillance facilities in the world?

What did they know and when and with whom was it shared?

The Australian interviewed a former director of US national intelligence, Jim Clapper, who spoke of the work of intelligence agencies in managing the Ebola crisis in 2014.

He referred particularly to their work in “forecasting the movement of the disease”.

The article also cited a warning in January 2019 by the US Office of the Director of Intelligence about international vulnerability to a “large-scale outbreak of a contagious disease”, causing massive deaths and severely impacting the world economy.

And yet even the US stayed catastrophically under-prepared.

An article in The American Conservative lays part of the blame for this on failures within the intelligence community, which cost the US some $63b annually. In particular the article questions the role of National Center for Medical Intelligence (NCMI), which operates as part of the Defense Intelligence Agency.

It points to the positive work done by the NCMI in relation to the outbreak of Swine Flu (H1N1), predicting that it would become a pandemic two months prior to the declaration of a pandemic in June 2009 by WHO and the US Centres for Disease Control and Prevention (CDC). 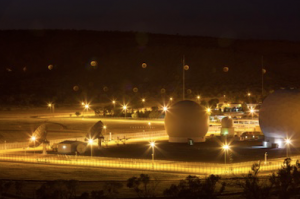 So what happened this time and why?

In her view, we asked, is it important that an independent review – apart from looking at China and the WHO – also look at the flow of information to the US administration and its response, including the sharing of information with its allies?

Should the performance of intelligence agencies and the sharing of information be under scrutiny?

In particular, in the Australian context, given the Australian Government’s agreement with the US, would she consider it important to understand if and whether early intelligence about the threat of the virus could have been shared by the JDF Pine Gap?

If an independent review gets off the ground, it would surely be inconceivable that the intelligence failures not be examined like they were in relation to 9/11.

But all Senator Payne would say to our legitimate enquiry was the usual mantra via a spokesperson: “As a matter of longstanding practice, the Department does not comment on intelligence matters.”