Visa holders likely to fall through the COVID aid cracks 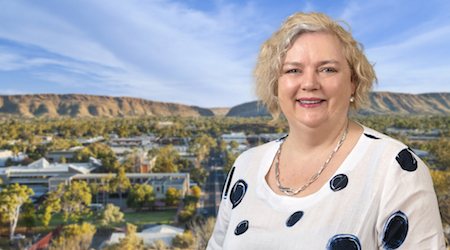 While both Territory and Federal governments are promising handouts left, right and centre to try to keep people and the economy afloat, there are some who are being left out.

Governments are trying, but they seem unable or unwilling to give straight handouts to people who are not citizens or residents.

The NT government just announced the second phase of their $50m Small Business Survival Fund, which will apparently help business keep international workers in a job with a series of payments to be passed on to workers.

“The Northern Territory Government is definitely trying to look after these people,” says Mrs Nagel.

However, “people are expected to bring enough money to survive in Australia”.

And therefore, again in theory, they are expected to have enough money to get home.

Some people with temporary visas have return tickets. Some with working holiday visas have open ended tickets, but may have already cashed it in after they got here.

Some countries are providing help for citizens stranded overseas, and the Australian government has an assisted return package scheme available “for people that are absolutely penniless and can’t go home,” says Mrs Nagel.

In practice it is not that simple.

At the moment there are very few flights, and most international flights are from east coast capitals.

For people hoping to get out of Alice Springs this weekend there is mean to be one flight today, but when searched on Webjet it does not appear. This may change with the boost of cash received by Virgin and Qantas today, but only time can tell.

“It’s going to be really hard for people to find a flight going out of the Territory, to let’s say Sydney, to then get on those assisted flights that are maybe provided by their government.

“I think practically it is good for people that in NSW and Victoria, but for people in the NT we are so isolated it is a lot harder in practical and financial terms for people to be able to leave.”

So that leaves people to stay, which can be hard without an income.

Speaking on the Territory Story podcast, Mrs Nagel admitted “a lot about the current situation when it comes to visas is unfair”.

That said, an individual’s situation can and will become harder if they do not go through this process.

“My first advice is to not become unlawful. People come here on a visa, they must not let that visa run out, because then all kinds of problems could occur sometime in the future.”

Mrs Nagel advises people to apply for new visas, however, this will come with a new fee.

“Visas are guided by legislation which we can’t really change.”

There are some new rules when it comes to visas.

Travellers on temporary visas that either expired in the past 28 days or will expire in the next 28 days may be able to apply for a specific visa created to deal with the pandemic to extend their stay.

Mrs Nagel says that a viable option for many workers is to obtain a bridging visa which in most cases gives travellers the same working rights as they had previously. That said, they still have to have a job to work.

Another option put forward by the Federal government is for travellers to access their superannuation. If travellers have acquired super while they are travelling, they can now access up to $10,000 from their super. This too comes with complications — not many travellers, even those who are sponsored by their employer, have that much super.

“If you are working full time and you are sponsored, you would be earning about $54,000 a year.

“They would have accumulated some super.”

Students have a limit on how many hours a week they can work and therefore would not have a large sum of money in their super.

On top of this, now is not a great time for any financial institutions, including super funds.

“Most super funds would have taken a real nose dive when the whole pandemic was announced and the stock market crashed a bit,” says Mrs Nagel.

“There would not be much money sitting in the super funds at all.”