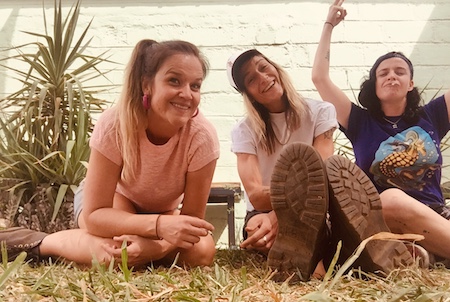 As COVID-19 shuts down our streets, no industry has had to adapt to the new landscape as quickly as hospitality.

Anj Bazdaric (centre) with co-owner Sarah and casual staff member Aoife. (This photo was taken before “social distancing” was introduced.)

Businesses that were up until a few weeks ago vibrant places of congregation and interaction have been forced to adapt to a society where interaction is out of the question.

Just as every café, restaurant and bar is slightly different in the service they provide, every business has reacted differently.

Some are trucking through it, but feeling the strain.

Single mother, Anj Bazdaric, is the co-owner of the café, House of Tullulah. They’ve changed their business plan from dine-in food and drink, to take away and delivery only. 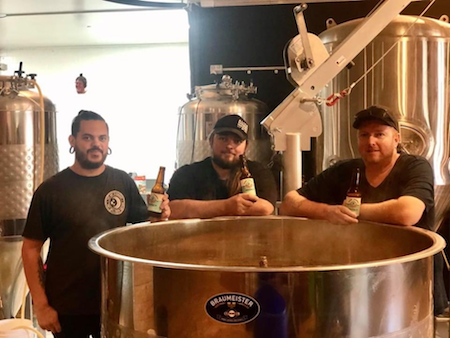 This has meant that Anj and her business partner have had to bring on a new staff member to help with delivery service when Anj is busy on mum duty. Keeping their sole casual employee in a job is their highest priority. That and feeding the people, that is.

However, despite trying to stay upbeat, Anj says that this doesn’t necessarily help with the stress.

“Every day is different — there’s a lot of anxiety.

“We decided that our main priority is to keep our casual employee gainfully employed.  We couldn’t live with ourselves if we had to let her go.”

Even with the ATO waiving taxes and the help of Centrelink – whose staff Anj called “amazing”– the business is treading water.

“We do breakfast, brunch and lunch, and we’ve got some pretty famous coffee that we sling.

“So what we’re working on now is potentially creating dinner options which can be frozen and purchased from the café and maybe delivered to people who can’t leave the house.

“Again, we don’t know if we’ll be able to pay the wages today, it just means that we the owners won’t take a wage. 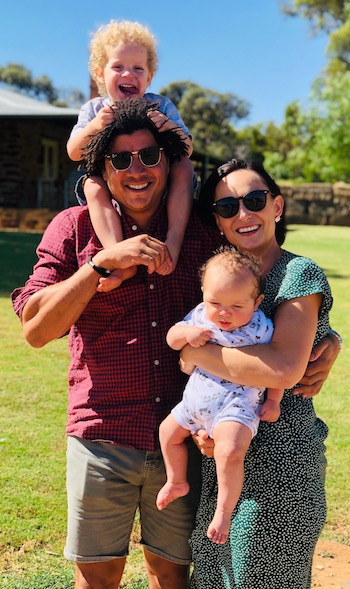 “We refuse to let anyone go.”

Sadly, for Kyle Pearson, the owner of Alice Springs Brewing Co. and Monte’s Lounge, his operations have had to let go of nearly 70% of their staff.

Kyle says that even with financial help from both landlords, the two businesses, have had to say goodbye to 17 of their 25 employees.

“It’s been a pretty tough couple of weeks.

“It’s hard to do but I think a lot of our staff were very understanding.

“A lot of them had second jobs or main jobs to fall back on, so certainly it was the ones [for whom] we were their main job and don’t have a lot of support because they are on visas  [whom we tried to keep on].”

Just like at House of Tullulah, Kyle has had to completely change his strategy.

“We had to change from a brewery that happened to sell pizzas to a pizza shop that happens to have a brewer in it. Monte’s is the same.

“It presents a few challenges of its own because we’re not set up to do takeaway food.”

As for the beer, “it has slowed to a trickle,” and what was formally the bar at the brewery has been turned into a bottling operation because “we don’t really have a bar anymore.”

With restrictions as they stand, Kyle says that the businesses can last, even if they aren’t a “big money maker.”

On the other hand, if restrictions keep getting tighter, the business might have to “turn their focus to keeping the lights on for when everything comes back”.

On the bright side, these limitations on society have seen a surge of community support for the industry.

Melanie Mutch started the Facebook page Keep it Local NT only a few weeks ago when she noticed there wasn’t really a place online that could answer questions and promote local businesses during the crisis.

Both House of Tullulah and Alice Springs Brewing Company have been promoted on the site, as well as the connected Instagram.

The page focuses on what the new guidelines are and where people can access businesses that are doing the right thing while still trading.

In the past two weeks the page has reached over 4600 people and has engaged with nearly 2000. 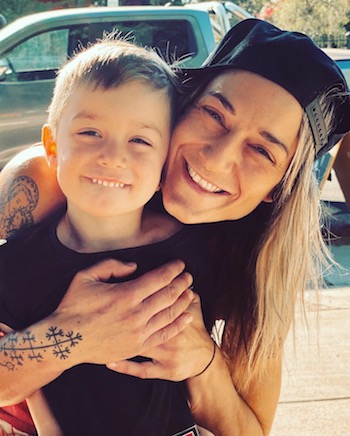 When Melanie set up the page, she also set up the email keepitlocalnt@gmail.com where businesses can get in touch and ask to be promoted.

“I’ve been getting loads of emails from all different sorts of services, but lots from hospitality in particular.”

Anj Bazdaric with her son Zander.

Through their emails, Melanie realised “their need for assistance was quite evident.

“People were worried for their livelihoods and the businesses that they had poured their souls into.”

For now, these businesses will do their best to stay open and support their employees the only way they know how, through serving the public.  To those who have been propping up the industry in the past few weeks, Kyle is appreciative.

“We know people’s diets have probably gone out the window and they’re all eating takeaway food three times a week, so we’re very grateful for that.”