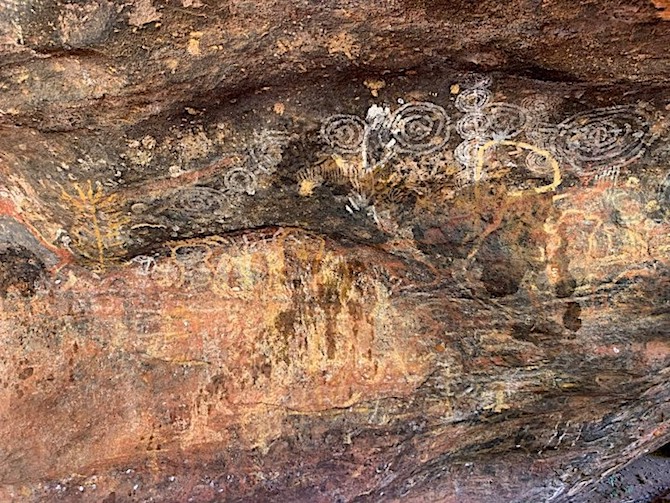 UPDATE 12.52pm: We received this photo a few minutes ago. What appears to be stains of a dark fluid are clearly visible.

Parks Australia, which manages the Uluru National Park, has circulated a confidential email to Ayers Rock Resort staff on February 25, saying ancient rock paintings near the Mutitjulu waterhole have been defaced.

The Alice Springs News has been given unconfirmed information that the offenders were local children and they used car engine oil.

We are making enquiries with the police and the Parks Service, and will update this report.

Parks Australia provided the following statement: “On Tuesday evening Uluru-Kata Tjuta National Park investigated what appears to be vandalism in two of the national park’s caves, where some rock art has been affected.

“After consultation with traditional owners and seeking expert advice, the area reopened on Wednesday for visitor access and enjoyment.

“With experts and traditional owners, the park will look closely at all options available for remediation of the area.”

Parks Australia says it does not have any information about an individual or individuals who may be responsible for the vandalism discovered and reported last week.

NT Police are continuing to investigate the incident. We encourage anyone with information that they believe is relevant to this incident to contact NT Police.

Image below: The waterhole. 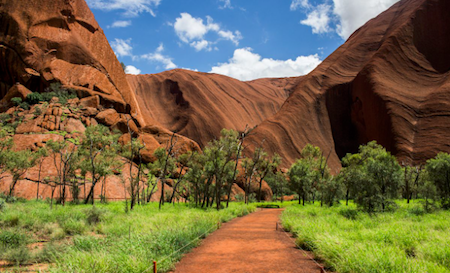