Man robbed, but wait, there's so much more on FB

The only official police report for the day was an appeal for public information about a robbery, but a local Facebook site creates a vastly different image of the law and order situation in the town.

Four boys aged around 15 allegedly assaulted a man in Gap Road at about 1.50am on Sunday, stealing his wallet, says the police.

The man suffered some facial injuries and sought assistance from a nearby licensed premises before making a report to the police.

The four youth are of Aboriginal appearance, with one wearing a black singlet and black shorts.

Meanwhile, on the local Facebook site a blow-by-blow account – in images, videos and text – chronicles dozens of crimes, from assault on a woman to property damage and vandalism, in just a 24 hour period.

A video shows a girl on a bike, casing a the inside of a fenced residential area. Then a boy, his face covered, runs in, and makes off with two pairs of shoes.

Some texts are benign Neighbourhood Watch stuff, some are exhortation to vigilante action.

And what does the dagger at the head of the site signify? 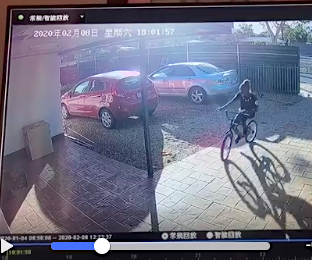 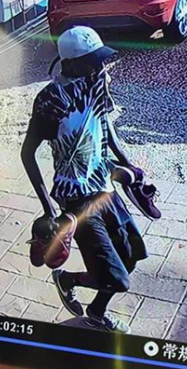