Uranium in water at three times the safe level: Claim 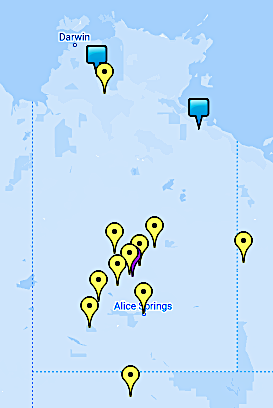 Drinking water containing uranium at the rate of up to three times the safe level is used in several Central Australian communities, according to the environmental group, Friends of the Earth Australia.

It is conducting a national campaign to draw attention to the problem, and is calling on Chief Minister Michael Gunner to act.

Kidney, thyroid and liver complaints can result from drinking and possibly showering in the water, according to spokesman Anthony Amis.

He says the 400 people of Laramba, north of Alice Springs, have at times consumed water with contamination three times worse than considered safe.

In an Australian capital city, the use of water so close to the danger point would have sparked an outrage, says Mr Amis.

More details can be found in an interactive map prepared by the group (click on the markers).

In the short term Friends of the Earth are encouraging the NT Government to cart clean water, at least for drinking.

The Alice Springs News has asked the government to comment.