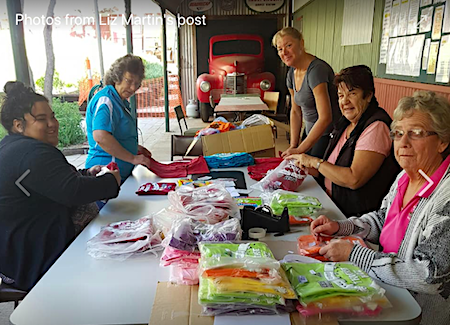 The NT Government appointed manager of the National Transport Hall of Fame is taking to court Liz Martin, the co-founder of the iconic tourist attraction and for decades its driving force.

The statutory manager, Adelaide based law firm Rosey Batt & Associates, wrote to the Alice Springs News yesterday after we had sent to them a statement by Ms Martin intended for publication.

We said: “We are offering you the right of reply and the opportunity to point out any errors.”

In their reply the lawyers made no comment about any of the content of the statement but alleged it contains “defamatory comments which would give rise to our clients being entitled to sue you for an injunction and damages”.

The email to the News also says: “Ms Martin has sent you that statement knowing that proceedings were filed in the District Court of South Australia seeking an order to restrain her from making further damaging comments about our clients.

“What that means is that you would be publishing that statement knowing that proceedings have already been issued to restrain further damaging comments. That knowledge would go squarely towards the award of damages made against you.”

The NT Government will not disclose the fees charged by Rosey Batt & Associates for running the formerly volunteer organisation.

The board members, including leading figures of the Australian transport industry, have been “summarily sacked,” according to Lindsay Johannsen, a co-founder of the Hall.

It had $300,000 in its bank account at the time the statutory manager was appointed in July last year, according for former board member Dave Kent.

The Hall had $15m in assets, turning over $1.7m a year in cash and lots more in kind, and displaying more than 300 trucks and machines “from rusty to immaculate,” Ms Martin said in August 2018.