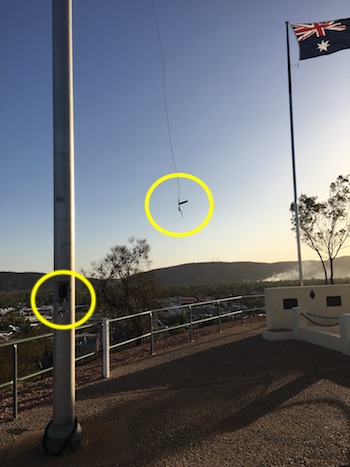 The Australian flag was stolen from Anzac Hill on the Australia Day weekend.

The Alice Springs News discovered late on Sunday afternoon that a cover (pictured below) had been forced on the eastern flagpole.

The cover leads to the mechanism used for raising and lowering the flag, and the flag wire swung in the breeze with no flag attached.

“We were alerted to this damage at 7am on Australia Day and [and] it is estimated the theft occurred sometime around 3am that same morning,” he says. 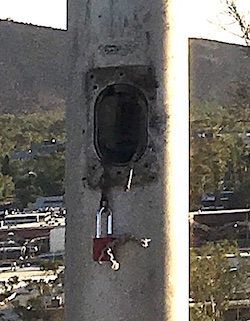