Chronicle of the latest tree fiasco 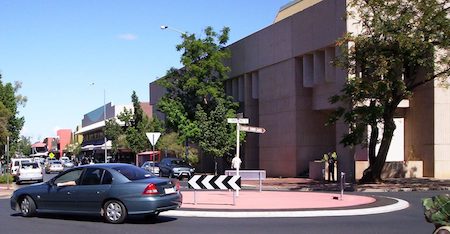 Several years ago there was an upgrade of the garden space along the Hartley Street side of the local courthouse, notably including the establishment of several well-grown native white cypress pines.

These young trees were quite large when planted, and I took special note of them to watch how well they grew. Given their size, they wouldn’t have been cheap to purchase.

To my pleasant surprise, the cypress pines grew really well, and in the space of a couple of years were rivalling in size the adjacent large kurrajong street trees.

White cypress pines are typically restricted to rocky hill slopes in Central Australia as they are susceptible to bushfires and this habitat affords the best protection; however, they grow readily in most situations.

There’s a good collection of these trees at the Olive Pink Botanic Garden which provide shade highly favoured by the resident hill kangaroos during summer.

The trees next to the courthouse certainly found conditions there to their liking.

Alas! In the government’s infinite wisdom it was decided to alter the layout of the courthouse, and the magnificent native pines along with all the rest of the garden were cut down and replaced by massive concrete ramps and exposed water pipes and plumbing, with a bit of public art thrown in as a vain attempt to ameliorate the new brutalism.

All that remains are three kurrajong street trees, and if these are no longer being irrigated they will deteriorate significantly if this coming summer is hot and dry.

Kurrajongs are not long term drought hardy trees in the local environment as can be attested by their high mortality across town last summer.

In the space of a few years taxpayers have funded the acquisition of expensive plants and trees, the landscaping of a renewed public garden space and its subsequent maintenance, and then its destruction to make way for masses of concrete and steel.

The most recent change has occurred under the current Labor Government which has so earnestly professed its concern about reducing heat islands in the CBD.

The elimination of the green space beside the Local Courthouse is a clear symbolic demonstration of the colossal incompetence of government and bureaucracy that is primarily responsible for the gradual killing of our town and our Territory.

The work that has occurred at the courthouse is in contempt of our community.

A court spokesman, when asked to comment, provided the following statement:

Unfortunately the trees on the  Hartley Street side of the Local Court building had to be removed as part of the redevelopment of the building. A key objective of the Local Court’s renovation was to create a separate entrance, leading into separate waiting areas for victims and vulnerable witnesses, to improve their safety and comfort at Court.

Regrettably, it was not possible to create a separate disability-compliant separate entrance away from the main entrance on Parsons Street without the loss of the trees. The installation of water infrastructure was also required for fire compliance.

Court staff and contractors investigated the possibility of accommodating and incorporating the pines into the final design. A solution unfortunately could not be identified.

The loss of the largest tree outside the court, on the corner of Parsons St, was unrelated to building works. It fell down one weekend.” 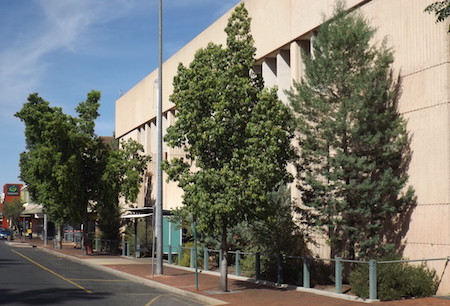 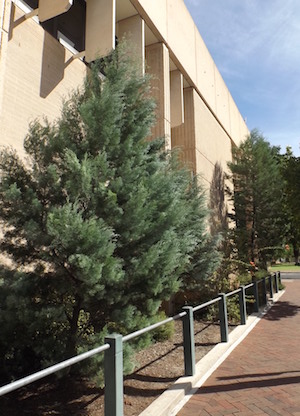 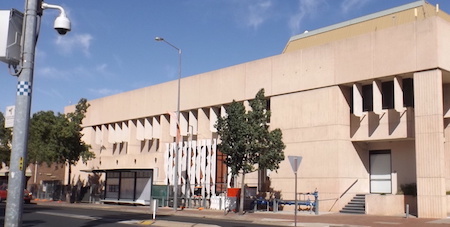 September, 2019. The new entrance, stairs and ramp, in the right-hand part of the photo, take up only a very small part of the facade.