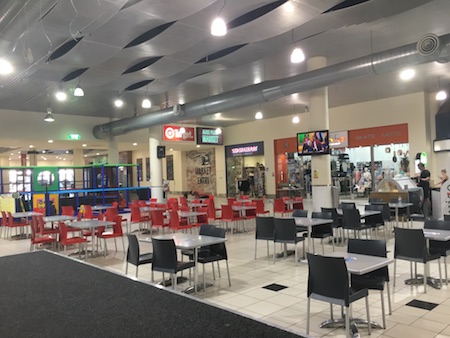 The Government has been briefed by representatives from Alice Plaza (at right) and Todd Tavern (above) regarding proposals to redevelop their sites, according to a spokesperson for Dale Wakefield, MLA for Braitling.

“Their interest was built on the economic benefits that the National Aboriginal Art Gallery would bring to the Alice Springs CBD,” says the statement in response to a question from the Alice Springs News about reports of negotiations between the two businesses and the town council.

“The then CEO of the Alice Springs Town Council was aware of the proposal and was briefed by representatives from Alice Plaza and Todd Tavern,” says the spokesperson.

“However, the town council subsequently rejected using the ANZAC Oval block as part of the art gallery precinct.”

The Department of the Chief Minister provided a $37,500 grant during the 2018/19 financial year towards the cost of producing a master plan and feasibility study for the Alice Plaza and Todd Tavern redevelopment.

The News is seeking comment from the Todd Tavern and the Alice Plaza.

David McWilliams, the general manager of the Todd Tavern, provided this statement: “At this point in time our plans are confidential and we will let you know in due course.”

He says Loechel Management has not been consulted by the government nor the lessees about any proposed developments.

The Alice Springs News is seeking an explanation from the government about the circumstances of the $37,500 grant it provided for development of the tavern and the Alice Plaza shopping centre, apparently in the expectation that the national Aboriginal art gallery would be built in the vicinity.

The contents of the Master Plan are commercial in confidence and cannot be shared at this time.

Strategic Communications and Engagement Team, Department of the Chief Minister

Councillor Eli Melky says at no time has he received a copy from the NT Government of whatever has been produced with the $37,500 granted by the NT Government to the Alice Plaza and the Todd Tavern for drawing up development plans.