Home Issue 17 How hard is it to keep cattle out of a small conservation...
Issue 17Volume 25

How hard is it to keep cattle out of a small conservation reserve? 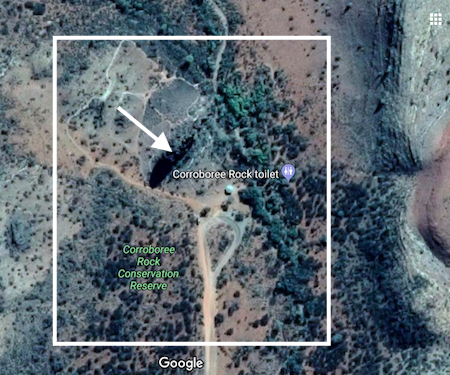 This means presumably that the Aboriginal rangers can now give you a ticket for a string of misdemeanours but this breathless statement from Parks Minister Lauren Moss on October 15 omits to say that this “invaluable work” does not include controlling feral cattle.

“Generally, the work of the rangers combines their traditional knowledge with conservation training to protect and manage their land, sea and culture,” says the spokeswoman.

“This can include pest and weed management, conservation, fire management and similar activities to help manage Aboriginal lands.”

But not cattle and horses: That’s up to the NT Government to whom the ‘traditional lands’ have been leased, says the Central Land Council.

The government’s Department of Tourism and Culture, meanwhile, says: “Many of our national parks are surrounded by pastoral properties, but the rugged natural terrain makes boundary stock exclusion fences impractical.”

As the Alice Springs News pointed out on September 3, supported by a photograph, there are cattle in the Corroborre Rock Conservation Reserve in the East MacDonnells, 42 km from Alice Springs, a jewel in our tourism crown.

Cattle and horses are trampling down the ground, defecating on it, and are eating bushes in the current drought conditions. 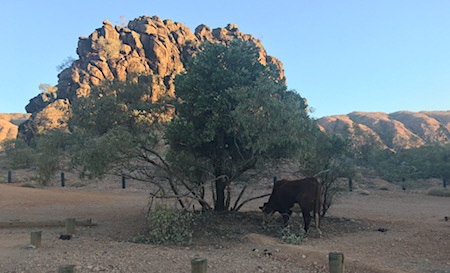 The department describes the site as “one of many sites in the MacDonnell Ranges that is of great importance to the Eastern Arrernte people … probably used as an important storage site for ceremonial objects.”

A spokeswoman for the Minister is not helpful.

“Regarding fencing,” she says, “NT Government rangers are bound by the Livestock Act and work with appropriate neighbours and owners of branded cattle that stray onto parks land.”

Which section of the Act? She points to Section 27 which regulates what a pastoralist can do to get back his cattle that have strayed onto a neighbour’s lease.

It says nothing about the recourse – if any – the public has against the owner of cattle that damage public land.

So what are the rangers doing at Corroborree Rock? Which part of the Act binds them to do what? And what happens to unbranded cattle?

Well, if fencing is all too hard, how about mustering and selling them?

“Cattle do not belong in our national parks and when Parks and Wildlife are notified of cattle on park, or when our rangers see cattle on park, they work with pastoral property owners to return the cattle to where they belong,” says the spokeswoman.

“Parks and Wildlife recently carried out a muster to remove cattle from Ruby Gap.

“Tjoritja West MacDonnell and Finke Gorge National Park are averaging one muster a year with follow up work done for isolated bulls and damaged fences.

“Current drought conditions can result in stock pressure occurring in areas where we don’t normally have problems.”

The geography of the Corroborree Rock makes a mockery of the claim that “boundary stock exclusion fences are impractical”.

The reserve is barely bigger than a rural residential block in the Alice Springs farm area – best guess, judging by the distance between the car park and the dunny, measuring roughly 200 metres by 300 metres.

A fence around the reserve and a grid on the access road, and the problem would be saved.

Now THAT would be an occasion for a drum roll – and a sign for our important tourists that we care for our parks.