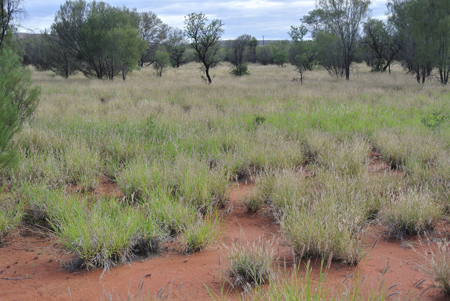 The impact of the invasive buffel grass in Central Australia may soon come to the attention of a global science and policy group.

Right: Dense infestation of buffel grass in land near the Alice Springs airport. Photo from our archive, February 2016.

Ecologist Ellen Ryan-Colton, a doctoral candiate in Charles Darwin University’s Research Institute for the Environment and Livelihoods, has been appointed as a fellow to the United Nations-sponsored Intergovernmental Science-Policy Platform on Biodiversity and Ecosystem Services (IPBES).

Ms Ryan-Colton, who has been researching the cultural and environmental effects of the introduced buffel grass in the APY Lands of northern South Australia,  will participate in IPBES’s global “assessment on invasive alien species and control”.

“The IPBES has already done major assessments on pollination and on land degradation and the next theme is invasive alien species, which has been a driver of significant biodiversity loss,” Ms Ryan-Colton said. 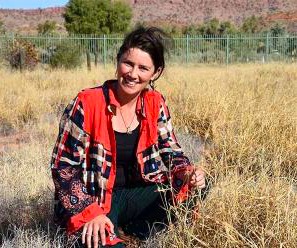 “About 70 scientists, academics and experts will be involved. I’ve been assigned to work on the chapter relating to the impact of invasive species, which will involve literature searches, drafting sections of the report and collaborating with others.

“There may be scope to include case studies. The panel expressed interest in my experience working with Aboriginal people as they consider that social and cultural impacts of invasive species are very important yet not well known.

“I expect to learn a lot about what is happening with invasive plants and animals and their management around the world, and hopefully get an opportunity to raise awareness at an international level of the weed issues in Central Australia.”

Ms Ryan-Colton said the fellowship program allowed early-career scientists an opportunity to be mentored by leading experts as part of a capacity-building exercise.

“It will take about four years to progress through the drafting, review and stakeholder engagement stages.

“A summary will be presented to heads of government departments around the world with the expectation that our findings will inform better policy for long-term human well-being, conserving our environment and sustainable development.”