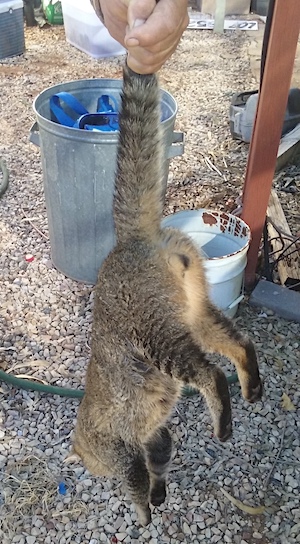 Sir – Attached is a photo of feral cat number 19 [on my rural residential property] for the year.

I really don’t understand why the powers that be are not using their natural mating behaviour to control their numbers.

Like all animals they respond to the mating pheromones and gather for that reason.

A friend made big money 40 years ago by dragging a vixen in season behind his ute and then bating the trail with 1080.

He subsequently built a unit in Surfers from the proceeds.

We have all heard dingoes seeking a mate but no one looks at that as a means of controlling wild dog numbers.

Twice I have seen large numbers of feral camels – up to 400 or 500 – gathered for mating , yet no one seems  to be looking at their natural  mating behaviour as a means of controlling their numbers.

Re use of camels, can I suggest we look at CAMELICIOUS in the UAR and then ask why not here?