Rod Moss: journeys of the artist 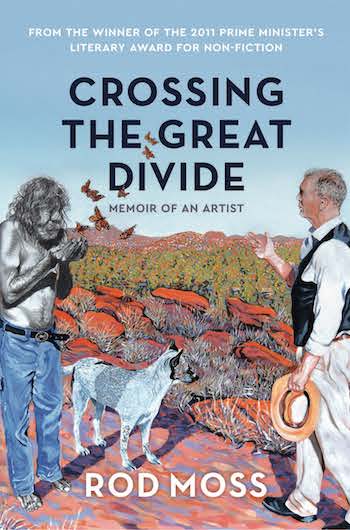 In April, Alice Springs author and artist ROD MOSS launched not one but two books! Crossing the Great Divide is a memoir that follows the multiple award-winning One Thousand Cuts (2013)  and The Hard Light of Day (2010). An east coast tour was followed by Alice events in May, launching Crossing the Great Divide at the NT Writers Festival and Blue Moon Bay, a laugh-out-loud graphic novel, a few days earlier at the Alice Springs Public Library.

In Crossing the Great Divide Moss looks back at himself as a young, aspiring artist and the experiences that shaped him, coming up to the present. This abridged extract reflects on a journey to Sicily in 2008 and its resonances with his life in Alice Springs.  He travelled with then partner, Lareena, and their daughter, Anjou, staying initially in Licodea-Ubea, a small hill top village, birthplace of Lareena’s mother (pictured at bottom).


For thirty years the central deserts and indigenous inhabitants so absorbed me I barely lifted my head from local circumstances. Endemic poverty, poor health, inadequately funded schools, the ignominy of overcrowded housing, institutional injustice, racial oppression, lack of prison reform and rehabilitation; these are the realities of Arrernte lives, as is retributive violence and soaring domestic injury. Participating in this reality has, ineluctably, adjusted the lens through which I see things.

Though the village head-count approximated that of the Arrernte of Alice Springs, the spaces the two communities occupied could not be more different. Nor could the buildings: a cluster of ancient grey-brick, terracotta-tiled dwellings in Licodea-Ubea compared to the hurriedly improvised tin shelters and overcrowded cinderblock buildings on Alice Springs’ margins. I was a head taller than the locals, accentuating self-consciousness as I strolled the Fiat-ridden, narrow streets. They owned a ruffled vitality, were casual and gregarious with each other.

How introspective were these villages? Vizzini, 10 kilometres distant, had many words at variance with Licodea-Ubea. Hilltop vantage points had been chosen to protect them from each other when more strained and violent circumstances played upon the plains. Tiny tractors descended and ascended to and from roll-a-door stables to the fields each day, following former horse and donkey tracks. In contrast to Alice Springs’ sizeable numbers of Sudanese, Vietnamese, and Indian inhabitants, both villages were composed solely of Sicilians.

The Mistral’s vagabond fingers reached inside my coat as I explored streets and hills. The wood stove required daily searching for firewood. We huddled around the small oven door while beans simmered, dicing tomatoes and potatoes. The early dark and cold encouraged us to our blankets soon after sunset where I’d lie and read an hour before sleep and remain likewise after dawn.

Sleep rattled with roofing irons, Venetian blinds, cat squalls and protesting birds. The century-old building felt flimsy beneath their percussive assault. I rose when the wind dropped and followed the yeasty perfumes permeating the alleys to the bakery, avoiding dogs whose dreamy indolence disregarded traffic. Peg-littered lanes echoed the hill’s contours. Scraps of clothing, swept and crumpled against walls, would need a second wash.

Right: Moss reading from Crossing the Great Divide at the NT Writers’ Festival.

Pigeons puffed and preened on balconies, reciting from meagre songbooks. Together with those other world citizens, starlings and sparrows, they dominated the streets, great in number but poor by comparison to the thirty species frequenting our garden. No rummaging babblers, no melodious butcherbirds, scraping bowerbirds, or chattering galahs stirred Licodea. Maybe it was too early for bird-attracting blossoms, lerps, or insect multitudes.

Spinach and ricotta pastries were my favourites. I strolled to the walled western crest and scanned the plains below where poppies suppurated through fields of durum. Butterfly symbols were engraved upon windows, stencilled on doors, and walls of most houses. As winter weakened real butterflies fluttered above the flowering fields.

Meals were simple and fresh. Citrus fruits and tomatoes had a mineral richness unparalleled in Australian organics. Community vitality thrived without supermarkets and health food shops promoting mineral and vitamin supplements. Indeed, the absence of billboard advertising freed my eyes to luxuriate on so much else.

I wandered to the cemetery at the edge of the town, ringed by a three-metre brick wall. Locals made lavish memorials to their dead during the recent century. Prior to that the poor were dispatched over the cliff. Were not the funds for these grand edifices better deployed on the living? Photo portraits of the gazing dead, presumably enjoying the promises of their Saviour, featured on more expensive headstones. There were low relief carvings of the flagellated Bartholomew and Michelangelo’s Pieta; the one all wounds, the other in ecstasy.

Above: In a mural-sized drawing, Long Journey, Moss deploys his Arrernte friends in a Stations of the Cross, inspired by  the Italian film-maker Pasolini (murdered 1975) and artist Caravaggio (1571-1610).

Arrernte church business with Christian burials started with Catholic missionaries in the 1930s. I’d attended their numerous funerals and was familiar with this impulse to guard the dead, and prevent their rotting unprotected in the earth. Nothing in Alice Springs shared this bent for monumental tombs, far grander and more permanent than their homes. The most prestigious housed the wealthy, and so on down the pecking order, reflecting post-war wealth and the rise of individuality yet to touch the Arrernte.

What the villagers shared with the Arrernte was ancestral connection to particular places. I couldn’t, as they did, speak of my country soaked in struggle, or the cries of its austere lessons, of my family’s blood in the soil. My presence, as Arrernte said, was ‘only yesterday’. My wellbeing didn’t depend on the power of specific locations demanding my presence. That this tree or rock had particular significance required knowledge and belief I lacked.

Near the gates of the cemetery, a florist did a brisk trade with visitors who preferred her bouquets to the oleanders, absinthes, geraniums, and marigolds, flourishing between the tombs. She had flower arrangements for specific relationships to the deceased. I wasn’t a flower man but recognised her lilies, carnations and chrysanthemums weren’t growing round the graves, and likely had symbolic import eluding me. Pragmatists that they are, the Arrernte favoured the price and durability of plastic product from the two-dollar store. 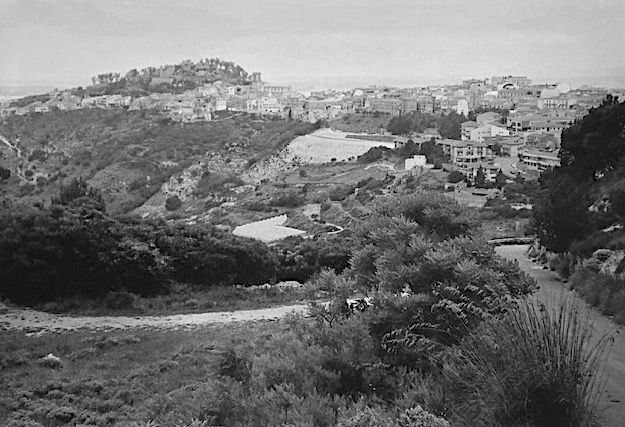 
25 years of love and anguish. KIERAN FINNANE reviews The Hard Light of Day.
(The link to our foundation archive takes you to the issue, scroll down to find the headline.)