And finally, this afternoon, the story of David Walsh, local rider and dad of two and a half, turned for the best:  He became the King of the Desert, outright winner on two wheels of the 45th Tatts Finke.

He is pictured with wife Kate at the finish line.

Different story on four wheels: Toby Price, more than seven minutes in front of the field into Finke, on the way back this morning encountered those horrible three letters: DNF – did not finish. 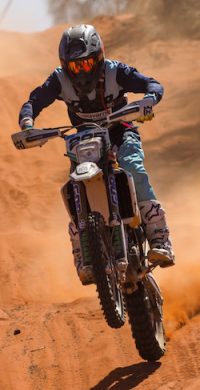 Another local contender, Jack Rhodes with David Pullino in the navigator’s seat, came first after rolling the Jimco Aussie Special Nissan 3500cc buggy (at bottom) in the prologue on Saturday.

And last year’s winners, Shannon Rentsch and father Ian were in fifth place after a flat tyre yesterday.

The Finke lived up to its reputation: The only thing you can be sure of is that you can’t be sure of anything. 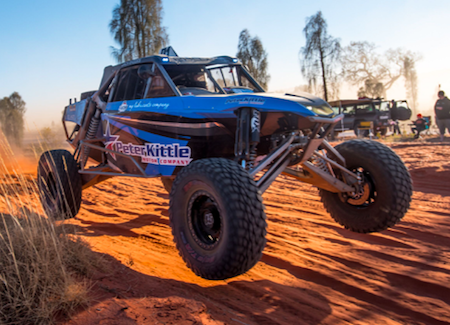 ABOVE: Jack Rhodes and David Pullino flying to the finish line today after rolling their buggy during the prologue on Saturday (below). Race photos courtesy Tatts Finke Desert Race. 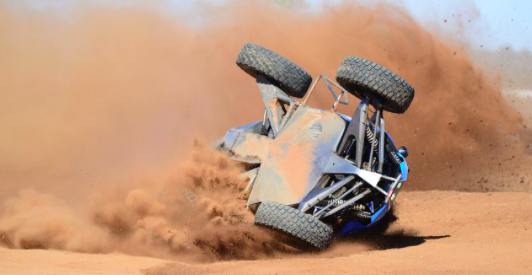