Campaign full of rancour still not over 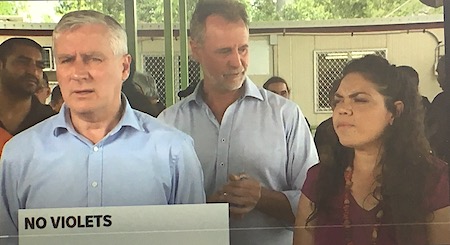 It was the story of the week: Councillor Jacinta Price, after reneging on her undertaking to serve a full term on the Town Council, and seeking endorsement from the CLP as the candidate for Lingiari, appeared to have come out in a comment to the Alice Springs News as the person having lodged a Code of Conduct complaint against fellow councillors.

Complaints of an unknown nature against unnamed councillors had been considered in strictest secrecy by an anonymous panel dealing with information provided by unnamed persons: It had been an absurd process that had, for months, plunged the local government elected members into mutual distrust, divided them and had become an obstacle to good administration of the town.

And then, at the council meeting on April 29, the details of the scandal exploded into the public arena: The Code of Conduct complainants against Cr Catherine Satour and Cr Jimmy Cocking were not only from the hopeful Federal Parliamentarian Jacinta Price, but also from her mother, former CLP Government Minister Bess Price, and her father, David Price. It sure was the opposite of priceless.

The assessors of these complaints weren’t holding anything back: They dismissed them, describing the allegations as misleading, vexatious, frivolous and lacking in substance.

And this is where the Murdoch newspaper chain, by now notorious for its election bias against Labor, sprang into action with its Alice Springs paper, the Centralian Advocate.

Or should it be described as non-action?

Not a peep on the front page about the scandal engulfing the CLP candidate who, if elected, would sit with the Liberals and Nationals.

The Advocate reporting was limited to a page four story, four days after the events in the council meeting, dealing mainly with the confusion of Cr Glen Auricht who confessed: “I must have been living under a mushroom as I had no idea this was going on for the past year.”

This quote was a minor part in the News report published the morning after the meeting, three days earlier, in a major report by Kieran Finnane.

Of course, a report on the Advocate’s front page would have clashed with a paid election advertisement for Ms Price from the Country Liberals, who despite their tireless claims to be supporting local enterprise, gave their cash to an American owned medium.

Does the Advocate have special editorial privileges for advertisers? That would be is blatant violation of the Journalistic Code of Ethics.

Meanwhile the Territory is acquiring a solid reputation for international blunders.

CLP Chief Minister Adam Giles flogged the Darwin port for 99 years to a Chinese company, which has links to the military, before Canberra became aware of it. The News was one of the first newspapers to report it.

But now politicians went a step higher – or lower – with the nation’s Deputy Prime Minister, Michael McCormack, giving his approval and support to the lambasting of Islam, the second biggest religion in Indonesia, which just happens to be our most important near neighbour, and the country with the largest Muslim population.

So this is how that scandal unfolded.

What may or may not have gone through Ms Price’s mind five years ago when she published the video is of little consequence.

It is of critical importance that the second highest politician in Australia, this month, in the lead-up to the election, not only gave his public approval to Ms Price’s action, but praised her for it, thereby agreeing with the content of Ms Sultan’s diatribe. 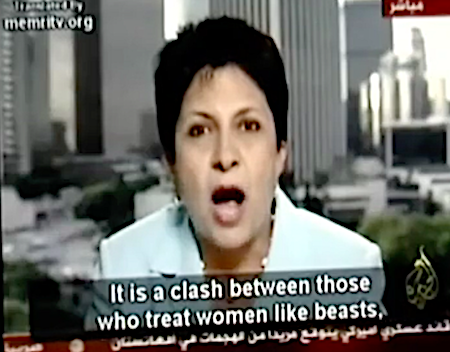 “It is a clash between civilisation and backwardness, between the civilised and the primitive, between barbarity and rationality … between freedom and oppression … democracy and dictatorship …. between human rights … and the violation of these rights.

Ms Price giving that airtime was the right thing to do, according to the Deputy Prime Minister: He said on ABC TV that evening: “We don’t want to have any shrinking violets in Parliament. We want people who speak their mind, who say what they mean and mean what they say.”

That’s hard to believe in view of the serial dis-endorsement for what many would consider less serious social media misdemeanours.

More than any Federal election in the past 44 years of my experience in The Centre, the CLP this time relied on media handouts by party operatives and on social media for getting their message out, with little face to face contact between the voters and the candidates.

For the first time ever the “authorised by” line at the bottom of the handouts was from a person outside the NT, namely “Authorised by Ben Hindmarsh, National Party of Australia, 7 National Circuit, Barton ACT 2600”.

In some of the 82 handouts we received there was no “authorised by” line.

And they contained the contrived prattle journalists in the NT have come very familiar with, courtesy the Gunner Government.

“This funding will allow Robertson Barracks Family Group to continue supporting Defence members and their families to find friendship, increased wellbeing and connection with their local community, with a specific focus on support during a high tempo period of exercises, training and deployment. The funding will support family and community events, playgroup, kids club, music classes and health and wellbeing activities, Ms Price said.”

“This promise towards a first class sports centre is a great example of the Country Liberals absolute commitment to ensuring Territorians have access to the same level of amenity as the rest of the country.”

Gosh, that’s the big one. That was my first reaction. But read on: “Ms Price said the CLP was committing $500,000 to the Redtails Pinktails Right Tracks Program.”

Rob Clarke, the relentless driver of the Redtails and Pinktails project for many years (google many reports here), is determined to put the best possible interpretation on the announcement this week.

He says the sports centre will cost around $27m. A cost-benefit analysis is already completed. It shows the return to the community, apart from repaying the $27m, would be a gain of $19m.

This would be part of a potentially far bigger project costing between $180m and $250m.

Apart from providing a heat training facility, two ovals, three rectangular fields, a running track and  accommodation, for all codes, and a grandstand on one of the ovals, the complex could include a film studio: Mr Clarke says Adelaide has just scored a $70m movie, Mortal Combat, with 580 jobs and 1500 extras.

There is no firm commitment yet of other funding, says Mr Clarke, but there are talks with a “major private investor” – still confidential.

A major stumbling block: The NT Government still hasn’t come up with a location. It will presumably be south of The Gap. Mr Clarke says there are now focussed discussions with the government.

Blatherskite Park has too many competing existing users.

PHOTO at top: McCormack, Scullion and Price in the ABC TV scoop of hate speech in the Lingiari candidate’s social media post.