Tree death and the challenge of heatwaves 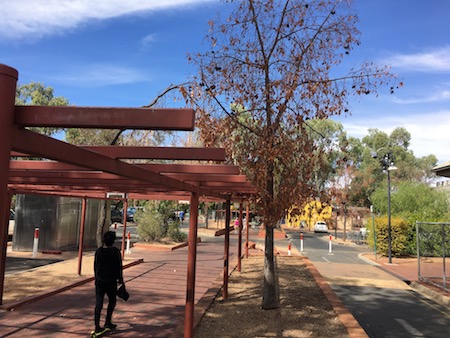 Almost 1000 trees are dead throughout the town north of The Gap, 992 to be exact, and council has a six-line policy to deal with it.

He and Cr Marli Banks, supported by Cr Catherine Satour are pushing for a more vigorous response from council in the expectation of extreme weather events to come.

It appears that most if not all the trees died following last summer’s heat wave.

Council’s Technical Services department has done an audit of the trees on verges and parks around town.

The death toll was greatest among street trees: 761, likely reflecting their harsher environment, surrounded by bitumen and concrete. In parks 231 trees are dead.

In both parks and verges, in raw numbers, Eastside was the heaviest hit: 94 of its park trees have gone; 192 of its verge trees. This toll was followed by Braitling’s: 51 park trees, 160 verge trees, then Gillen’s with 26 and 130 respectively.

There are no figures of total trees by suburb to know what proportion of the total in these areas these figures represent.

But there are 20,000 trees in public places in the municipality, so the dead tree toll represents about 5%.

This was significantly higher than Cr Cocking had expected; he had guessed it was around 1%.

Council has a policy of replacing dead trees, two to one, but Crs Cocking and Banks want to make sure that the trees survive.

They want to know more about species. Did some species succumb to the heat more readily? Did some withstand it better?

The audit does not provide that information, but the officer may have collected it. CEO Rex Mooney will find out.

Cr Banks also wanted to know about watering regimes, and whether council’s one water truck is sufficient for the job. 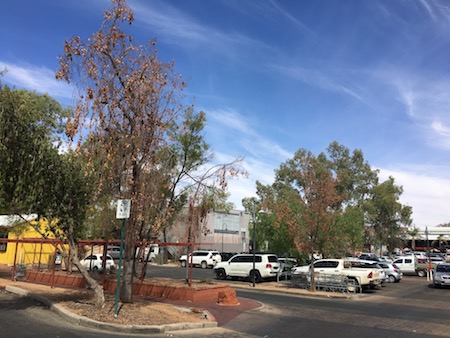 It was not clear whether watering was stepped up during the heat wave, in particular whether established trees got a drink at all.

From the regime described by Cr Glen Auricht, and to which Mr Mooney concurred, once trees are established they are left to their own devices.

There was no agreement to revisit policy, but Mr Mooney undertook to bring more information back to council. Watch this space.

Meanwhile council looks set to take some mitigation action dealing with heatwaves. The steps will be voted on at the end of the month, but include writing to the Chief Minister urging the NT Government to implement emergency plans to deal with heatwaves in the town and surrounding regions.

The Department of the Chief Minister will also be asked to develop a better public warning system and safety advice around heatwaves.

At last night’s meeting, most councillors were also supportive of council taking action to reduce its vulnerability to heatwaves, in relation to tree health and council infrastructure.

This was again an initiative of Cr Cocking.