'I shared my mother with the Aboriginal children' 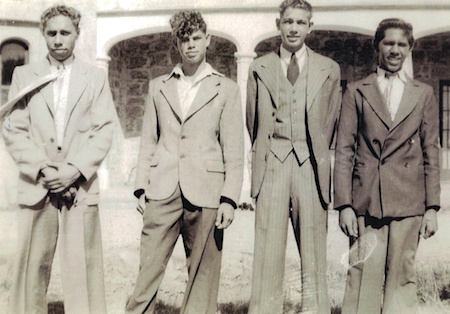 More than 50 boys lived at St Francis House from 1945 to 1959. Many of those children came from Alice Springs and St John’s Hostel and other places in the Northern Territory. Some of their stories have been lost. Some of their stories are incomplete or records missing. We have tried to collect what we can and with help from people from Alice Springs and elsewhere we have been able to bring together this series, “Kids from the Alice.”

I have been fortunate to work with my father John P McD Smith on researching and writing this series. This article includes some of the other snippets that have been collected along the way.

John was an only child, but as his parents cared for many children at St John’s Hostel, so there were always other kids around.

John recalls: “I had many Aboriginal brothers. Some in Alice Springs. More back in Adelaide at St Francis House where I was born in 1946.

“I was younger than most of them. They used to play with me and with my toys. I remember crying when one of my favourite toy trucks was broken. 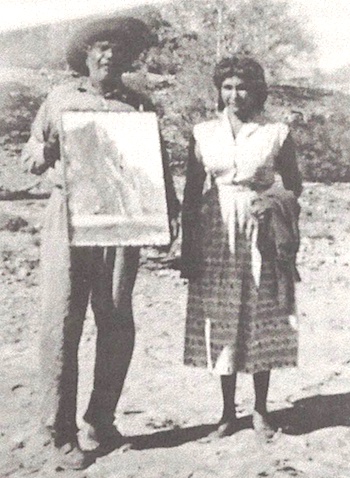 “Some of the children didn’t have their mothers. I was happy to share my mother with them. I would have to get myself ready for school then line up with the other children for inspection by my mother.”

John’s mother was born Isabel Almond in 1914. A music and school teacher by training she loved caring for children.

David Woodford was one of those children from Alice Springs.

David’s mother Millie gave birth to him in 1934 at The Bungalow.

He was one of the first six boys from Alice Springs to go to Adelaide in 1945 along with Charles Perkins, Malcolm Cooper, Bill Espie, John Palmer and Peter Tilmouth.

David and John Smith shared a lifelong friendship despite David’s repeated offence of dipping baby John’s dummy into the salt, rather than the sugar causing the infant to cry.

David also recalls: “Father Smith made arrangements with the manager of the Ozone Theatre at Semaphore for us to be admitted free of charge on Saturday afternoons and with a small amount of spending money this would highlight the weekend.

“One penny of our pocket money was to be kept for church collection. The St Francis House boys’ queue at the pictures grew considerably as we would get our mates in free of charge in exchange for lollies or ice cream at interval. No-one complained!”

David trained as a fitter and turner and worked for the South Australian railways and the highways department.

He was part of the Aboriginal Advancement League in the 1960s. He married Judy Almond in 1981 who was Mrs Smith’s niece, so Isabel became his Auntie.

Both were keen fans of the Port Adelaide Football Club stretching back to the days when David’s relative and fellow St Francis House boy Richie Bray was playing for the club. Richie was a very talented footballer. 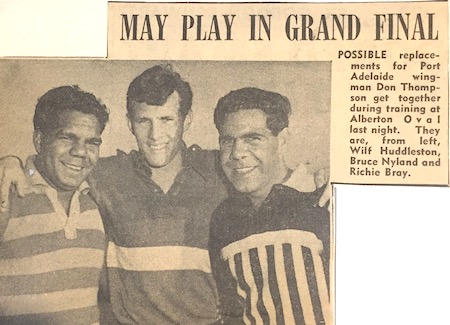 In 1962 Richie Bray played in his first Premiership for the Port Adelaide Football Club. A three-time premiership player Richie was a member of the 1962, 1963 and 1965 premierships sides under coach Fos Williams.

Richie played 77 games for the club over a career spanning eight years.  He spent most of his playing time on the half forward flank kicking 65 goals. He also coached locally at the Semaphore Football Club.

Wilfred Huddlestone known as “Boofa” also played for Port. He was one of three competing for a spot in the 1963 Port Adelaide grand final team as a news clipping from the time reports. He is pictured with Richie Bray who just pipped him for selection.

James (Jamesie) Bray was an Eastern Arrente man born in Alice Springs in 1941 to Billy Bray and Mary Perkins, the eleventh of twelve children.

His father worked as a fencer, mica miner, gold miner, and railway fettler to support his large family.

At one stage he wrote to the Protector of Aborigines in 1941 protesting against the removal of his children from Central Australia. That letter is now memorialised in reconciliation place in Canberra.

James grew up in the Gap cottages in Rainbow Town. He was sent to Adelaide around age eight to St Francis House and completed school at Le Fevre Technical High School.

His early working life included fruit picking in the (Murray) Riverland and labouring in timber mills and training as a welder.

He took on bush jobs and railway work in the Northern Territory and became a skilled arc welder working with Dillingham Engineering in the construction of the minerals processing plant at Gove.

James also worked for the water resources division in the Territory undertaking early drilling in Yulara.

He managed Aboriginal hostels in Darwin, Katherine and Alice Springs and after completing a diploma in community development worked at the Institute for Aboriginal Development leading their cross-cultural awareness program.

In 1989 Jim was elected inaugural chairman of the Centre for Appropriate Technology (CAT) Inc board.

Writing in 2013 about Father Smith, James described him as “the great man.” James was consistent in his conviction that the future opportunities for young Indigenous people were in science and engineering.

A single man, when he returned to Alice Springs, he became everyone’s brother, uncle and gramps. He died in 2016 aged 75. 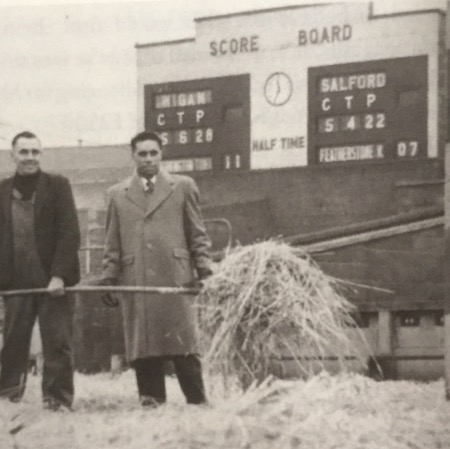 John Palmer was another of the first six boys and was a talented artist. Father Smith arranged for him to go to art school. An older cousin to Gordon Briscoe he protected young Gordon from the older boys, and taught him how to box and play football.

Briscoe recalled: “John Palmer could reproduce Albert Namatjira style paintings. John’s mother was a sister to my mother. He and Malcolm Cooper were good boxers and really good footballers.”

Jim Foster was a cousin of John Moriarty and along with Wally McArthur was evacuated to Mulgoa with them.

Growing up in NSW he became a talented rugby player. In 1956 Jim Foster sailed to England and played rugby league for Blackpool and Wigan over a six-year career following in the footsteps of Wally McArthur.

An annual perpetual sports award is named in his honour at Le Fevre High School.

Peter Tilmouth was born in Alice Springs to Tilly Tilmouth in 1934. He went to Adelaide with the first group of boys in 1945.

He became known to the other boys as “Truck” after he got a Saturday morning job helping the local greengrocer with his deliveries.

In 1953 aged 18 he was doing an apprenticeship with the Electricity Trust of SA and wrote an article in which he said: “We all realise that if it had not been for this hostel (St Francis House) we would have found ourselves in dead jobs in the Northern Territory.

“It was believed that a part-Aboriginal could not be educated, but it is proved wrong here when one of our lads, who having a bad educational start, won a voucher for a general application of trade at the Engineering Trade School.

“There are scores of lads, not only in the Northern Territory, but all over Australia who have ability and intelligence of becoming great education persons.”

Peter was absolutely correct. Sadly he died in a mining accident in 1973 and was buried in the opal mining town of Andamooka.

He left a wife and two children. In 2009, members of his family travelled to Andamooka to have his remains exhumed and brought back to Alice Springs where he was re-buried. 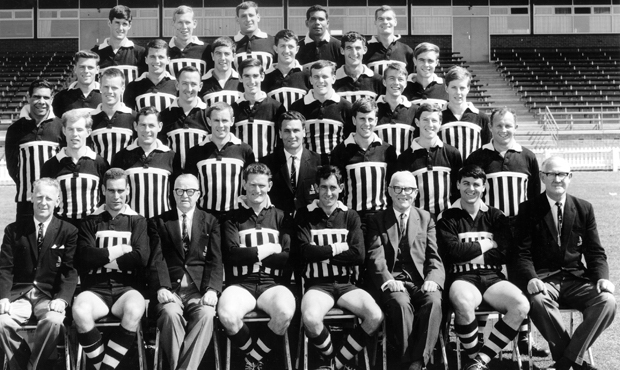 
Part 2 of the final “Kids from the Alice”will be published next week.