Trouble kids, their parents and the law 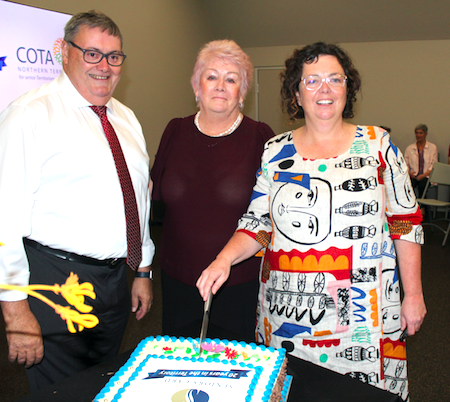 Families Minister Dale Wakefield spoke about the vexed question of parents’ responsibility for children who are clearly neglected, who rob, break into homes and steal cars.

In a conversation with the Alice Springs News she said parents or carers are necessarily involved when her department deals with such children, but concedes that neither she nor the department are taking legal action against them.

NEWS: Looking through your recent media releases the word parents doesn’t get much of a run. Where there are problems with kids you have a wide network of public servants and programs – but where do the parents fit in?

WAKEFIELD: We work closely with families. Clearly [caring for] children cannot be separated from their family of origin or whoever is supporting them at the time. We are rolling out programs such as the children’s and families’ centres. The first one is starting in Tennant Creek. That is really focussing on those early years, making sure that young parents in particular have the support to become good parents so we don’t have to intervene later on. Through all the victim conferencing in the youth justice process responsible adults must be present.

NEWS: There is a law that says not providing the necessities of life for your child is a crime. Have you ever prosecuted parents for that crime?

WAKEFIELD: I am not aware of any such cases. Again I refer you to the department on that.

NEWS: Would you use that law wisely?

WAKEFIELD: That really is a matter for police. They decide who is charged with criminal matters.

NEWS: Would you speak to the police when it is patently obvious that kids are neglected, they are in the streets late, breaking into homes and stealing cars?

WAKEFIELD: It is up to police to make the threshold decision about whether it is a crime and the DPP [Department of Public Prosecutions]. We work closely with police. We have Territory Families social workers working alongside police, making such decisions.

NEWS: You are going to spend close to $70m over five years on a client information system. Where will that money go?

WAKEFIELD: The current system was built before iPhones, in the 1990s. We have to rebuild all the infrastructure. It will share the information with other systems. If we have a worker out in a remote community they need to be able to access all the information about a child who is sitting in front of them so they can make the best decision possible. In 2019 we need to invest as much in our IT infrastructure as we do in our physical infrastructure.

NEWS: Do you think some of the $70m would be well spent assisting parents to get through the day, doing the shopping, getting help with transport.

NEWS: Where is the money for the IT system likely to go – interstate or to a local company?

WAKEFIELD: We have a very strong buy local policy. We need to make sure also that we are getting the right expertise. Case management is quite specialised work.

NEWS: The company hasn’t been chosen yet?

WAKEFIELD: That is my understanding and I’m happy to get you further information.

PHOTO: Minister Wakefield (at right) with Mayor Damien Ryan and COTA NT CEO Sue Shearer cutting the birthday cake as the NT Seniors Card turns 20 and the Council on the Ageing, 50, the occasion when the Alice Springs News caught up with Ms Wakefield.