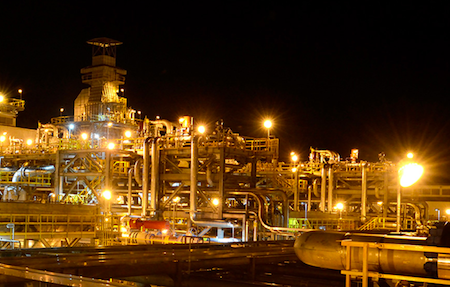 The 10% royalty the NT Government gets from the wellhead price of onshore oil and gas sounds like a tidy figure, not a bad little earner – but how much is it actually in dollars?

What’s the wellhead price of gas, for example, at the moment?

The Department of the Chief Minister doesn’t provide a figure, but explains what wellhead price does not mean, namely the price at point of sale.

That’s not surprising: It’s not 10% of what you pay Bunnings for gas in a bottle – after all it’s called the wellhead price, not the retail price.

“Petroleum recovered from a wellhead in the Territory is generally subject to some processing prior to it becoming marketable. As such, petroleum is not typically sold at the wellhead,” we’re told.

“The Petroleum Act requires the gross wellhead value to be calculated by way of a legally enforceable written agreement between a licensee and the Treasurer (being the responsible Minister for royalty matters) or a binding determination for the calculation of gross wellhead value of petroleum.”

Are these “written agreements” and these “binding determinations” public?

Clearly not: “The taxation administration legislation prohibits the disclosure of confidential information, such as the identity or personal or financial affairs of a tax or royalty payer.

“As such, the wellhead value in relation to petroleum licence areas cannot be disclosed.”

So how are wellhead prices (plural, as they clearly vary from case to to case) determined? There are three ways, we’re told:–

• Actual arm’s length sales to unrelated parties of the petroleum at the wellhead (however, as stated above, this does not generally occur).

• Prices achieved from other comparable sales.

• Net-back or work-back method; i.e. the subtraction of reasonable post-wellhead costs from the actual arm’s length sales price/market value (i.e. the price achieved or achievable between unrelated parties) at the first point of sale. At Bunnings, for example.

Not very informative – so we asked how many units of gas and oil, respectively, were sold in the 2017/18 fiscal year.

The Department of Primary Industry and Resources reports that Territory oil and gas production in the 2017-18 financial year was 209,000 barrels of oil and 5.770 billion cubic feet of natural gas.

OK, so let’s just divide the royalties received by the government for oil and for gas, by the respective quantities sold.

Which is exactly what we’re looking for – but can’t get.

So after the agonising, divisive fracking debate we can be safe in the knowledge that we’re getting 10% of an amount of which we have absolutely no idea what it is.