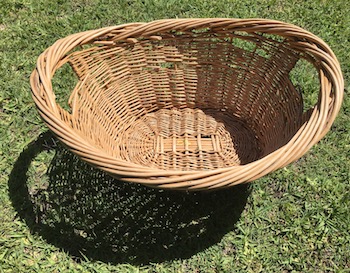 An equal per capita distribution of GST would be the total amount of GST divided by Australia’s population figure.

If that were the way it was worked out, the current moaning and gnashing of teeth by the Northern Territory Government over recent losses of GST revenue would turn to apoplectic outrage.

Territorians are doing much better than anyone else from the GST, yet that didn’t save us from the present financial fiasco. From calculations by the Commonwealth Grants Commission (CGC) it can be concluded that our need for help with borrowings is, per head of population, more than 100 times greater than that of South Australia.

The Federal Treasurer divvies up the GST cake. He gets advice from the CGC which aims at equipping states to provide an “average level of service” while following “average revenue raising policies”.

“Conversely, while Western Australia has the second highest spending requirement (per capita), its relatively low GST requirement reflects its much higher than average capacity to raise revenue.” 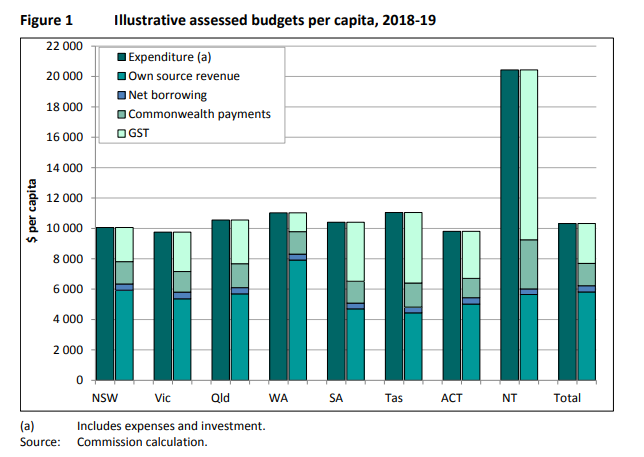 That means we get more than twice as much, per capita, as the other “net takers” put together.

Who gets what is ultimately decided after a lot of haggling at the Council of Australian Governments (COAG), but by and large what underpins the allocations is Horizontal Fiscal Equalisation (HFE).

“A State or Territory with more remote Indigenous people will be assessed to have higher spending needs.”

On the other end of the scale is “revenue raising capacity” where WA, with its usually massive mining production, tops the list.

Applying HFE, the CGC has worked out the Territory needs $2109m more that it can raise for “average level of services”.

Explains the CGC: “Two of the main reasons for the redistribution are Indigenous status ($703m) and remoteness and regional costs ($765m).”

The first is a worry because more and more people around Australia are declaring themselves as being Indigenous, as Bob Beadman points out. That means while the NT still has, by a country mile, the greatest percentage of Aborigines, it is shrinking.

In any case, the sustained swindle by NT governments of either persuasion has been spending on whitefellers the money Canberra is giving us for blackfellers, as Mr Beadman convincingly argues.

“States and Territories can use GST revenue for any purpose, that is, it is untied,” says the CGC.

Comparisons with other states show the Territory’s parlous position on borrowing.

In a table for 2018/19 called “drivers of difference from an equal per capita distribution of GST” (that’s the total of GST divided by the Australian population figure), the CGC calculates “total expense and investment” which include “the impact of net borrowing”.

The CGC has provided the following slightly different figures for the last paragraph which should read: “Translate that to a per capita figure and you get $728 for WA, $108 for SA, $762 for Tasmania and a staggering $10,159 for the Northern Territory. That’s 94 times the South Australian figure.