Proposal to end the code of conduct charade 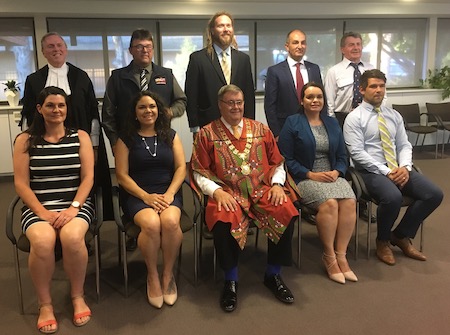 Proposed changes to the Local Government Act will, if they become law, prevent the disgraceful code of conduct process that plunged Councillor Jimmy Cocking into months of turmoil. The complaint against him has been found to be “vexatious and frivolous”.

And he was not alone. Cr Eli Melky was also subject to complaints, that were either rejected or dismissed.  A complaint against Cr Catherine Satour remains unresolved.

The present arrangement allows the makers of “vexatious and frivolous” accusations, as they are now labelled, to hide in anonymity, so far at least, while a faceless committee took it upon itself to drag out the investigation in secrecy for seven months despite the option of a swift and open process.

The working of the Alice Springs Town Council was impaired for more than half a year while distrust and fear ruled.

None of the elected members, except Mayor Damien Ryan, would answer questions from the Alice Springs News Online about whether they had lodged a code of conduct complaint or had been subject to one. Mayor Ryan told us neither applied to him.

The absurd process was akin to a court process, but court is normally open to the public. In this process, the identities of the judge, the plaintiff and the defendant are all kept secret, and so are the evidence and the judge’s comments.

According to the government “Consultation Paper: Proposed content of New Local Government Legislation” this is how disciplinary proceedings are proposed to work.

• Complaints must initially be directed to the relevant council. The council will seek to resolve the matter according to council policy.

• If the council cannot resolve the matter, the council may refer the matter to the Local Government Association of the NT (LGANT).

• LGANT will have a panel constituted of representatives of LGANT and the Director of Legislation and Policy from the Department of Local Government and Community Services (DLGCS).

A party to the complaint can appeal a decision of the LGANT panel to the Northern Territory Civil and Administrative Tribunal (NTCAT) which will be able to make any order that could be made by the LGANT panel.

If a member does not comply with an order from the LGANT panel, LGANT can apply to NTCAT to deal with the failure to comply.

In determining such an application, NTCAT will be able to make any order that could be made by the LGANT panel and may also order that the member be suspended or dismissed.

If NTCAT dismisses a member it will have the ability to disqualify that person from being a council member for up to five years.

PHOTO: The 13th Council during its inauguration in 2017: The smiles faded this year over code of conduct allegations.