Questions raised about Alice kids in Don Dale during riot 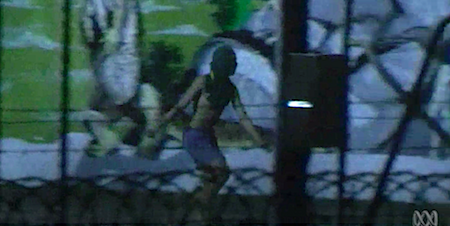 It is unclear whether procedures had been followed in the transfer of 10 young people from Alice Springs who were at the Don Dale Youth Detention Centre when a riot took place on November 6.

“This is constantly being reviewed and assessed.”

But Territory Families, which is in charge of detention of young people, has told the News previously that any transfer to Don Dale “is done in consultation with the young person, their family and legal support team as well as youth outreach re-engagement officers and child protection practitioners. When a transfer does occur ongoing efforts are made to facilitate family access.”

We asked Territory Families late yesterday: “Had the above steps been taken in the case of each of the 10 children transferred to Don Dale?

“We also understand that any transfer needs to be ‘in the best interest of the child’. Is that so, and and how was that ‘best interest’ ascertained?”

We have not received a reply at the time of publication this afternoon, but Territory Families has promised one, without nominating a time. We will publish the response when it comes to hand.

The department says of the 10 Alice Springs youths, six were on remand and four had been sentenced.

That means, six of the 10 have not been convicted of an offence.

The statement says: “All detainees were returned to the Don Dale Youth Detention Centre [on Saturday] night after temporarily being accommodated at the Police Watch House in Darwin.

“We will be undertaking a thorough and detailed analysis of the incident so that we can better understand what caused it, learn from what has happened and continue to improve our polices, processes and service delivery.”

The Don Dale Youth Detention Centre offers a range of programs and is best placed to accommodate detainees with longer sentences due to its size and resources available.

Before a young person from the Alice Springs Youth Detention Centre is transferred, Territory Families staff work in consultation with the young person, their family, their legal support team as well as youth outreach re-engagement officers and child protection practitioners.

A fair and transparent consultation process must take place before the transfer can be approved by the Executive Director of Youth Justice Detention Operations.

Detainees can also request to be transferred to another youth detention centre within the Northern Territory Region at any time, by completing an internal request.