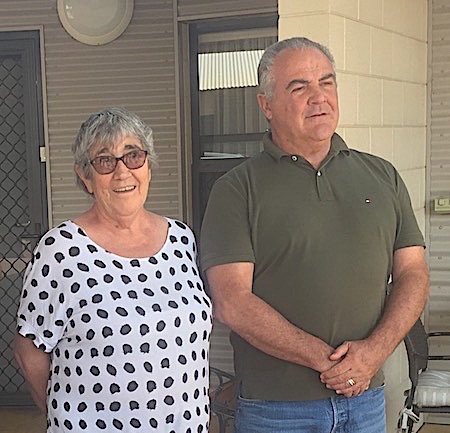 Events nine months ago have plunged the Town Council into a state of near dysfunction and the public is still being kept in the dark about the circumstances.

The public knows that “code of conduct” complaints have been made under the Local Government Act but not who is complaining, who is being complained about (apart from Cr Eli Melky whose matters have been dismissed or rejected), what is the substance of the complaints, who are the people investigating it, where they are doing the investigating, and when a finding will be announced.

The public is left to guess that the clandestine machinations may be connected to reports and comments in the Alice Springs News Online and involve Cr Jacinta Price, set to jump ship when the Federal election is called.

She is standing for the CLP and will have to stand down during the campaign. If she were victorious, it has been suggested that it would be legal for her to hold both jobs, but only a jester would believe that she could do them – and her constituents – justice.

At the other side of the row are apparently Cr Catherine Satour, with Cr Jimmy Cocking becoming involved later in the drama. Together with Cr Marli Banks, who is not directly involved but stands with them in solidarity, Crs Satour and Cocking joined Cr Melky in a 10-minute walkout from August’s committee meetings to protest the way the matters have been handled and its impact on their work as councillors.

Mayor Damien Ryan is on the record as being neither a complainant nor complained about, while all Councillors, asked by the News, remain on a no-comment footing on the code of conduct matters.

Far from representing the town in an atmosphere of collaboration and openness, the nine elected members are in the shadow of distrust and fear of financially crippling litigation.

The buck for all this stops with the Minister in charge of Local Government, Housing and Community Development Minister Gerry McCarthy. He is not responding to a request for comment.

And his department only gives meaningless responses:–

Code of conduct complaints against council members are referred to an independent disciplinary committee established under the Local Government Act.

The department treats complaints as confidential unless otherwise instructed by the committee considering the complaint whose proceedings, according to the Act, “are to be held in a place open to the public”.

This is what we put to Mr McCarthy, via his media officer. Does this not mean the department needs to advertise where the committee meets? And then have its doors open to the public?

To these questions, the department recently said: “If a disciplinary committee decides to proceed to hear a complaint, it is a matter for the committee as to whether a complaint will be heard publicly or will be treated as confidential.”

This, too, is clearly a questionable assertion: Proceedings need to be in public “unless the disciplinary committee considers it desirable, in the public interest, to hold the proceedings in private,” according to the Act.

So the committee can’t just toss a coin about whether or not to proceed in total secrecy, as it has been doing all along.

There needs to be a public interest for doing so. And surely, the public has a right to be informed what is in its interest, in the view of this committee – utterly clandestine so far.

With a government that runs fake consultations with the public about the Aboriginal art gallery location while having already made up its mind, Mr McCarthy is in like-minded company.

PHOTO: Mr McCarthy with a public housing tenant during a media event on September 12 when he neither ruled out nor confirmed that the NT Government would compulsorily acquire Anzac Oval.