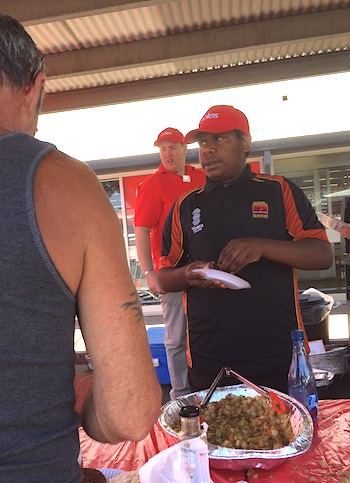 The event took up the full shop front and included music by Trevor Adamson, performances by the Tinkerbee dance troupe, a Welcome to Country by local Arrernte Elder Aunty Kumalie Riley, games, face painting, a smoking ceremony and a BBQ at which 900 sausages, 700 hamburgers and 70 kangaroo tails were devoured.

Proof that the event was hitting the spot came when 30 people on Wednesday and 13 people on Thursday turned up for information sessions about this Indigenous Pre-Employment Program.

A spokeswoman says Coles had initially intended to offer 10 positions but extended this to 16 in view of the keen response.

The participants will now undergo training from October 29 to November 5.

The spokeswoman says the store is also planning to offer another five casual positions. 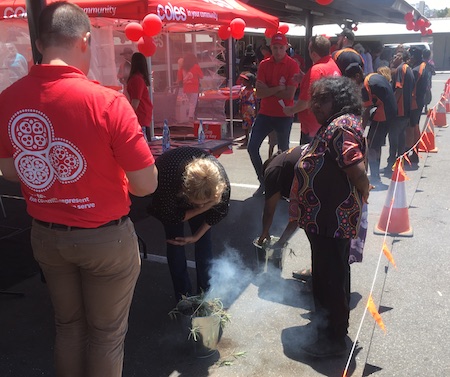 Saturday’s event was assisted by the Clontarf Foundation, including member Aloysius Hayes (pictured above) serving food. 700 people turned up for the event.