Subsidised electricity: the goose and the gander

Should large industrial users of electricity in the NT enjoy government subsidies as households do?

Two huge operations in The Centre, both owned outside the Territory, are treated in opposite ways: The Ayers Rock Resort gets a subsidy, the gold mines owned by Newmont in the Tanami does not.

The resort, owned by a “corporate Commonwealth entity,” is a serious competitor to Alice Springs tourism and its profits are repatriated interstate.

Newmont is now building a spur gas pipeline for its power generators, while the resort’s gas supplies are road-freighted almost daily from Alice Springs and the margin of costs above the standard rate paid by the resort is borne by the taxpayer.

Should it be? We put the question to Chief Minister Michael Gunner, and we will report his reply.

Solar is increasingly providing electricity at The Rock, currently 15%. 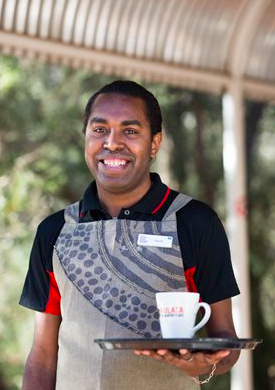 However, the size of the burden on the taxpayer for the fossil fuel generated power remains a secret.

• result in neither a loss nor a profit?

When we were unable to get straight answers, neither from the government nor the resort, we asked independent MLA for Araluen Robyn Lambley to make a request in Parliament, with partial results.

She asked: “Does the Northern Territory Government subsidise the Ayers Rock Resort power supply. If so, how much do they receive?”

The answer: The NT Government’s “Jacana Energy receives a Community Service Obligation (CSO) from the NT Government that subsidises electricity tariffs across the NT, including the Ayers Rock Resort in Yulara.

No break-down is provided of how much of that went to the resort, owned by the Federal Government’s Indigenous Land Corporation (ILC) and operated by a wholly-owned subsidiary of the ILC, Voyages Indigenous Tourism Australia.

According to the ILC’s website, the resort has five hotels and a campground with 688 guest rooms offering “a full range of accommodation from luxury to basic, an airport, extensive food and beverage outlets, a world-class conference centre, spa and numerous retail outlets including art galleries, gift stores, a supermarket and a petrol station.

“There are over 700 units of housing to accommodate staff and an industrial precinct for back-of-house and technical services.”