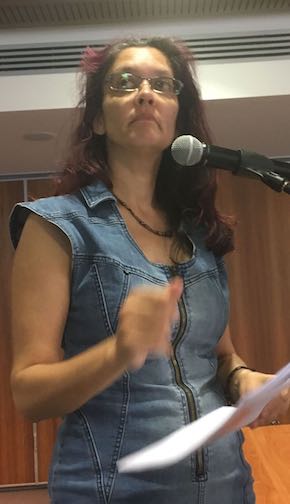 The delay means the NT is missing the boat in booming large scale renewable energy project construction occurring interstate and the jobs that come with it.

RePower has done much of the development work for a medium to large scale Alice Springs solar farm; and a survey of potential investors in the farm that indicates significant investment interest from within the Alice community. But the project has stalled for lack of government backing.

If there is anywhere in the world that’s ripe for big solar, it’s Alice Springs with its super high solar radiation. But instead the NT Government is clearly focussed on gas development, a big contributor to the climate change we all must urgently address.

A week ago, in NT Resources Week, Chief Minister Gunner outlined the NT Gas Strategy, aiming to “grow the gas supply and service industry” and “establish a gas manufacturing industry”.

This was followed on Friday by a pledge of $450,000 in NT Government seed funding to CSIRO to help deliver “transparent advice on gas development in the Territory”.

The 10 Year Infrastructure Plan review lists as a priority project the rollout of solar across about 30 remote communities.

But it lists other “infrastructure to support renewable energy” and “a large scale solar facility in Alice Springs” as ideas only, under which it blandly repeats: “The Department of the Chief Minister is leading the development of an implementation plan to achieve the Renewable Energy 50% by 2030 Target.”

With so little renewables infrastructure in the plan, it’ll be almost 2030 with little more renewable power to show for it.

The Federal Government has now effectively ditched energy policy altogether, so it’s time for the NT Government to step up.

But it seems to be stepping away.

Meanwhile, the climate is telling us all to act now or suffer later, and telling governments to take the lead.

RePower calls on the NT Government to dust off its Roadmap to Renewables report of last year, recognise there’s more to the Territory than its gas and lead strongly to address climate change with investment in renewables infrastructure.