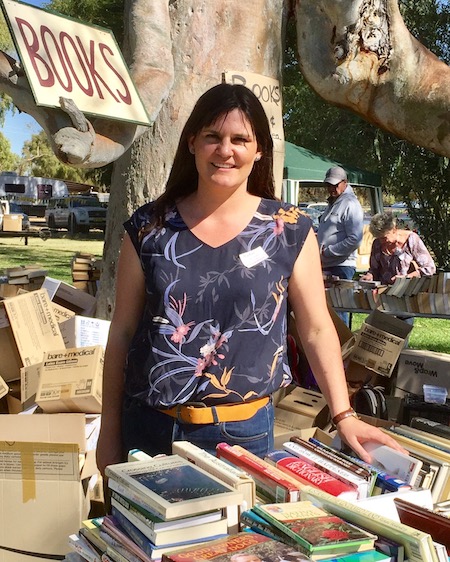 Councillor Marli Banks says the Town Council should charge costs, including venue hire and staff expenses, for a function involving Prime Minister Malcolm Turnbull and the CLP’s Lingiari candidate Jacinta Price “to the organiser of the event”.

The function was held in the Civic Centre on August 8. Ms Price is an elected member of the council.

Council CEO Rex Mooney said on August 15, in response to a question from the Alice Springs News Online, that the catering invoice for the “civic reception of the Prime Minister” was $1409.91 and is to be met from council’s general fund for civic activities.

“The final invitation list with contact details for the function was managed and decided by the office of Senator Nigel Scullion,” said Mr Mooney.

“The Alice Springs Town Council had no control over who was ultimately invited, including media, to the function.

“Further, the Prime Minister’s Office coordinated the media who attended.”

Cr Banks (pictured volunteering at an Old Timers Fete) is giving notice of a motion, seconded by Cr Eli Melky, for Monday’s council meeting, that the council should “determine that the nature of the Prime Ministerial function … does not fall under the category of a Mayoral or Civic Centre reception” and that “all costs incurred from this function, including catering, staffing, use of venue, and administrative costs, are to be on-charged to the organiser of the event”.

Cr Banks gives as reasons for the motion the fact that the function was “for selected members of the community and media. 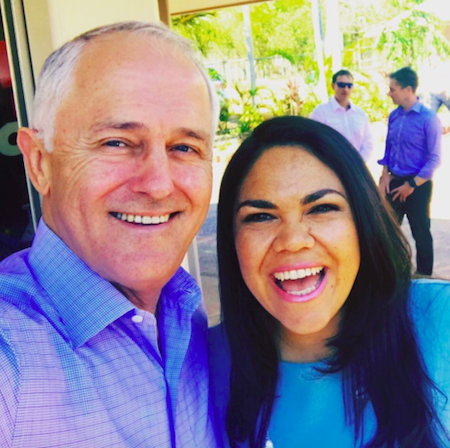 “It is understood that the purpose of this event was to introduce and endorse the Federal Candidate for the seat of Lingiari, Jacinta Price.

“The council covered costs associated with this event, but did not manage the invitee list or meetings held on the premises,” says Cr Banks in the notice.

“This was managed by the office of the CLP Senator for the NT Nigel Scullion, and co-hosted by the Federal Candidate for the CLP for the seat of Lingiari [Cr Price].

“This event was not arranged by the Alice Springs Town Council and meetings associated with the Prime Minister’s visit have been deemed to be of a private nature as not all Elected Members were notified and/or invited to attend these discussions.”