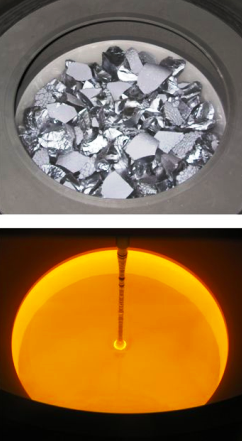 We have had several reminders this year as to why the pursuit of a renewable energy future is more than an option but a matter of urgent necessity.

There are devastating fires in California and Greece, searing heat across much of Europe and devastating drought in Queensland and NSW.

There is now broad acceptance that climate change driven in significant part by our green-house gas emissions generated by burning fossil fuels is behind this change.

We believed this when Alice Springs became a Solar City. Back in 2007 when the town first joined the National Solar City club there was negligible solar generated power in the town.

With the cost of installing solar continuing to fall there is little reason why this trajectory will not continue.
On this trajectory it is likely that without any new technology Alice Springs would be generating 75% of its daytime power from renewable sources by 2030.

Re-Power Alice Springs has an objective of achieving 100% renewable energy supply in the town by 2030.

In the light of current growth in both installations and growth in knowledge and technology this is an eminently achievable objective even if there will be some challenges along the way.
The first that comes to mind of course is that we consume power 24 hours

a day come cloud or shine. We will need storage of energy to be able to provide continuous power.
Big batteries come immediately to mind and one has already been installed. There are many other options that may play a role.

Alice Springs has hills and water, it could be waste water. Pump it up hill during the day and run it down at night.

Electric cars are coming with numbers at the point where rooftop solar was in 2007.

By 2030 most of you may be driving or have driven a work electric vehicle. Back in the day it was common to carry a hose so you could siphon petrol from one vehicle or from a drum to fuel up a vehicle.

With electric it may well be possible to “siphon” the power out of the vehicle at a price to feed the grid.

How many cars are sitting in the car port not doing much from day to day. If they were charged up for free each day and fed the grid at 20c KWH every night that would be a nice little earner on the side.

The electrification of transport of course will be a challenge in itself as our electric power needs will grow by possibly 30% so 70MW will not be enough, we will need 100MW.

In the short term this will ensure we get some value out of the newly installed gas generation but in the longer term it will underwrite the solar installation industry with self- generated power cheaper than grid sourced power.

Projects are kicking off around the world to use excess renewable energy to produce hydrogen from water.

Sometimes we have so much, the power it is free. Effectively we could run our gas generation on renewable sources. Port Lincoln has a hydrogen trial and there is a new Hydrogen hub in WA.
Other projects look to store heat in molten salt and silicon.

There are several salt stores around the world including the one at the Port Augusta tomato farm. Have you checked where your tomatoes come from when you shop at Coles?

Another is expected to commence soon north of Port Augusta. The heat is used to boil water or heat air to drive a turbine.

Silicon heat storage is a newer concept utilising the ability of silicon to store large amounts of latent energy when it melts at 1414 degrees Celsius. (IMAGE: Silico before and after melting.)

Of course we’ve got more salt than you can poke a stick about 100 kms south of town, at Titjikala.

The designers have a range of proposals under development or already in action to utilise this technology which promises cheap power storage and in a confined space.

A 75 cm cube will store 500 KWh enough to power 10-15 homes. The heat can be used to heat water or air to drive a turbine, making electricity or used directly as heat which is often required for industrial purposes.

The final challenge will be for Government. Electricity is an essential service and therefore we expect Government to ensure it is available and that it is cheap, reliable and now clean.

The Government owns the large generation units in the NT and currently allows the general public to compete with that generation by paying parity for excess home generated power.

Not so in Adelaide where the feed in tariff paid by private retailers is likely to be a quarter of the supply charge. I have paid for power both in Alice Springs and in Adelaide where it is much more expensive. I think this is the price of privatisation.

Clearly this is a complicated area and is a minefield for Government and business.

Allow the price of power to go up and you will be belted at the polls and or consumers will abandon you and make their own power.

Keeping it down will require subsidies at least in the short term. Those who have already gone solar are laughing but the remainder often those in public housing or businesses renting premises or with more pressing financial issues are missing out.

In South Australia there are some innovative solutions with a substantially privately funded project already commenced to install 50,000 battery and solar installations in public and low income housing.

This Labor scheme is likely to be supplemented by another Liberal Government publicly subsidised 40,000 installs in private homes. These installs are a direct benefit to the home occupants but also will provide services and stability to the grid.

Business renters were offered support by a public scheme encouraging the owners of premises to upgrade their buildings including installing solar and enabling that power to be sold at a reasonable price to the tenant.

Implementing these solutions helps the consumers and contributes to the overarching objective, 100% Renewable by 2030.

Clearly the technology marches on. What to a few may be unrealistic and ideologically driven objective, is to most a matter of urgent necessity.

In the light of even currently known proven innovation it is eminently achievable. I hope to be around long enough to join the celebration when Alice Springs is declared not just a Solar City but a 100% Solar City.