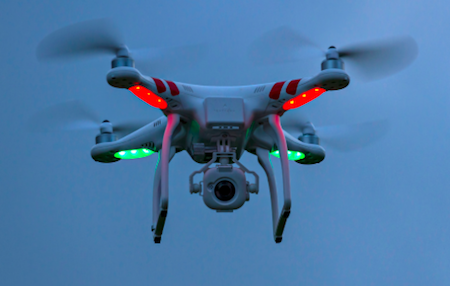 Police used a drone to locate and arrest two men suspected of an aggravated assault in Alice Springs.

The drone was deployed after two men were seriously assaulted, one with a brick, in Todd Mall.

The second man, who was attempting to identify the offenders for police, was also allegedly assaulted by the men before they fled the area.

Numerous foot, motorbike and vehicle patrols failed to locate the alleged offenders in the Anzac Hill area, however they were located soon after the deployment of the remote piloted aircraft, say police.

A 23-year-old man and a 16-year-old youth are assisting police with their enquiries. Police say they will continue to make further enquiries into others allegedly involved in the incident.

“The drone is a great tool for our prevention and response capability.”