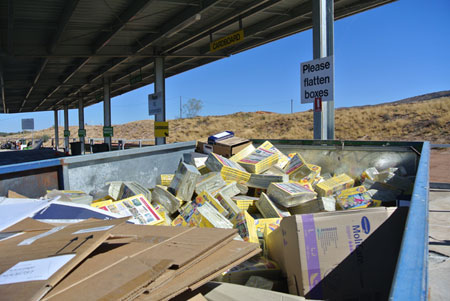 Two councillors last night voted against the adoption of the Municipal Plan for 2018/19 to 2021/22, which includes Budget estimates for the coming financial year.

This has no material effect but speaks to difficulties on reaching consensus within this council after the exhaustive (and no doubt exhausting) budget process.

The two dissenters are Councillors Marli Banks and Eli Melky.

Cr Banks told Alice Springs News Online she could not vote for the plan because she had voted against a measure that it includes – a $100,000 allocation for traineeships, which she sees as unnecessary.

This is despite a review by a senior officer from the Department of Housing and Community Development who confirmed there had been no irregularity.

The alleged irregularity is also the reason why Cr Melky voted against the Municipal Plan.

In a media release today Mayor Damien Ryan described the budget as “very responsible”: “It provides for all the core services and operations of Council whilst keeping rates to a minimum.

“Unfortunately Council has also had to make a strategic decision to postpone the rollout date of kerbside recycling due to fluctuating impacts in the international recycling market in order to safeguard ratepayers.

“Council remains committed to taking leadership in this area and is working towards a draft waste strategy that investigates the viability of food and garden organics trial in Alice Springs as part of the $250,000 Climate Action Plan.”

The annual waste charge for properties with a regular weekly waste collection service increases by $7.60 for the year; a total of $352.60. Separate to this, the waste management charge for rural residential is $65.40. Every resident will receive two free waste vouchers.

This budget includes a 2.2% rate revenue increase, the minimum rate for residential zoning being $1,287.70. Valuation is calculated by the Valuer-General on an unimproved capital value which is the land value excluding dwellings.

PHOTO: Kerbside recycling is postponed because of fluctuations in the international recycling market.