Turn rock-throwing into backflips: how community can help 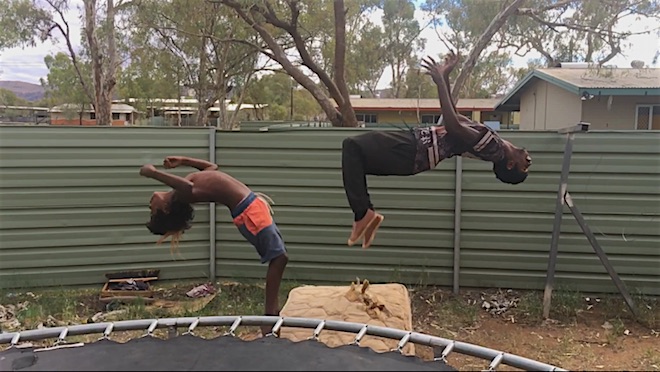 There are many conflicting opinions about how to best engage the disaffected and marginalized youth of our town.

The recent public meeting about the planned 24/7 THIS WAY youth centre left no doubt of that.

Some said the centre should be purely community owned, operated without any involvement of the government (apart from partial funding) because of its perceived incompetence.

Others claimed the existing organisations that provide spaces and services similar to the one proposed should be bolstered.

There was a strong view that the Aboriginal community, in particular the Grandmother’s Group, represented at the meeting solely by the passionate and admirable Doreen Carrol nee McCormack, should be in charge.

I write from the perspective of someone working in an intensive youth support service and I believe a combination and consolidation of all of the above would be most effective.

It’s illogical to create another space that replicates many of the same attractions and services offered by existing organisations.

Going into competition with these organisations would create fragmentation by failing to utilise already established resources, not least the experience, skills and understanding of how to manage such spaces.

Good will and dedication are not the only things required.  The entire Social Services industry has been revolutionised over the last 10 years, with the development of trauma-informed practice being central to the reform. Any new services need to be led by people well trained in this practice.

With this as a given, I believe the 24/7 initiative should work out where the gaps in existing services are and how best it can contribute to bridging them.

For instance, Tangentyere Council and ASYASS recently joined forces to open a youth drop-in centre at 3 Brown Street. It houses attractions such as a basketball court, a skate ramp, pool and table-tennis tables. There is also a quieter space with couches, games and computers.

It is proving to be a success with the youth but being in the industrial area a few Ks from the CBD creates a barrier for access.

Helping to overcome this could fit in well with one of the identified resources put forward by organiser Wayne Thompson who manages (I earlier said ‘owns’ in error) ATG Downunder, a tour coach business. At the public meeting he offered the donation of a 21-seater bus to the cause.

Could one of the provisions offered by the community simply be to provide or supplement transport to Brown Street, home and other services including, if need be, crisis accommodation?

Here youths are given a bed and notifications to Child Protection are made, leading to (ideally) investigation by Territory Families into why the child feels they are unable to return home.

The contract for the youth bus jointly operated by Congress and the Town Council is coming to an end.  We are assured that a new transport service for young people will continue but won’t know the detail until it’s announced by the Minister at the end of the month.

To date, the youth bus has been far from 24hr, finishing well before midnight. This leaves vulnerable the youths who insist on staying out later, which is a likely indicator of real trouble at home and subsequent trauma. An expansion of this service where the bus operates until no kids are left on the street would be invaluable and quickly achievable.

Volunteer drivers could effectively offer this without requiring youth work experience or training whilst providing a positive point of contact between the general community and the youth. As with the Prison Fellowship bus service, which provides affordable transport for visitors to the prison, all that would be required is an Ochre Card.

The Brown Street drop-in centre is currently open from Tuesday to Friday, 2:30 to 5pm, with additional programs run by Tangentyere including a popular weekly disco on Saturday nights that regularly attracts around 120 youth.

What would be the point of a new initiative going into competition with this one before it has had a chance to fully hit its stride? Should the community look instead at how they can support what is there and possibly extend it?

Other places to consider collaborating with, supporting and developing are the Gap Youth Centre, the Alice Springs Youth Centre and the Meeting Place. None are as well equipped as Brown Street.

The Meeting Place and Red Cross are constantly in need of volunteer support. The Meeting Place, behind Adelaide House, is a popular youth drop-in space currently run by volunteers but it struggles to stay open.

The Red Cross runs programs such as Home Runners – it offers transport and assistance for youth wanting to get involved in organised sports.

PROS AND CONS OF A CENTRAL LOCATION

The organisers have suggested the Memo Club as the preferred site for a 24/7 youth centre with a large part of the attraction being its central location.

Although this would solve the issue of transport to the centre as it’s within easy walking distance from the CBD, the location could also pose a problem for the same reason.

Any late-night / 24hr youth centre needs to carefully walk the line between ensuring that the youth who genuinely don’t have a safe place to go to are protected, whilst avoiding accommodating youth who do.

The idea of the new youth centre having dorms with bunk-beds poses several problems. One is the risk of creating a space where youth who would otherwise go home will want to stay as it may seem more exciting than their homes (not all of which are unsafe).

Another is the problem of having youth with high needs and greater than average potential for complicated behaviours in a shared space. This risk would be exacerbated if the adults supervising the centre are volunteers without training and experience.

On the other hand, if the centre is to be run by paid professionals, this would create new competition not only for funding and users of the space, but also between facilities seeking to employ the few professional youth workers in town.

But let’s say there’s a youth centre operating in the CBD. At a certain hour, say 8pm, the space should begin to slow; any music softens, lights are dimmed, screens are turned off, and talk of the youth going to their homes begins.

When this happens, in a centre in the CBD, the youth may be tempted to walk out into whatever action is in the street and feel less compelled to take up the offer of transport to home or elsewhere than if they were at Brown Street further out of town.

The potential for anti-social and dangerous behaviour once leaving the Memo Club premises may also be greater, as the path from there to the CBD goes straight past several bars and pubs and the 24hr Store, which has been unsafe at times.

Although I think that most of the objectives underpinning the proposed new youth centre would be best achieved by collaboration and the use of existing centres and services, I agree absolutely that another youth space in the heart of town is needed.

Importantly, this space must be fully visible to the general public, i.e. not within the walls of a building or behind a fence like the Memo Club.

In my previous article, Keeping youth in sight,  I argued that youth, especially those who have been starved of positive adult nurturing and attention, yearn to be seen and acknowledged by the general community and in particular adults.

This recognition and positive affirmation could be achieved in an open-air, non-prescriptive, centrally located youth hub.

By virtue of its location in the centre of town, the space and its users will benefit from “passive surveillance” – adult presence and passers-by naturally providing the sense and reality of safety.

Once the youth have the means to express themselves positively and publicly I predict that throwing rocks and breaking windows will turn into backflips and dance-offs, and the adult audience’s groans will become cheers.

Amongst several locations I recommended in my last article was the Courthouse Lawns (archival photo at left).

The more I consider the location and after regularly visiting and envisioning a youth space there I have become convinced that it is ideal.

The positive expression of the youth – outside of school hours – would lighten the hearts of alleged offenders and their families awaiting court listings.

Predominantly positive exchanges with the police, whose station is right there, may serve to repair the fractious relationship between them and some of the town’s troubled youth.

As this is NT Government-owned land its use for this purpose shouldn’t be too hard to  approve, while the initiative could be funded and built by the community. This would come at a fraction of the cost of creating another youth centre in a leased building with ongoing running costs.

The group to form out of the recent meeting could run a crowd-funding campaign; schools and youth services could organise the youth to do fundraisers; community members could volunteer their labor; and an appeal to local construction companies could be made to do the work at a discounted rate.

A space created by the community and gifted to the youth would send a strong message that they are valued and celebrated.

As to what to build in the space we should be asking, most importantly, the youth.

This could be done through surveys conducted by schools and youth services, ensuring that the ideas from the disengaged youth, who the space is predominantly intended for, are captured and given greater consideration.

Ideas from the broader community should also be sought with a particular emphasis on hearing the ideas of Indigenous people and groups such as the Grandmother’s Group.

This would acknowledge that it is disproportionately Indigenous youths whom we are failing to engage and that the Indigenous community, especially the parents and carers, can provide important insights and assistance.

I admire and commend the people behind the THIS WAY proposal and the members of the Grandmother’s Group, and acknowledge the importance and power of a community-led response to our town’s youth crisis.

With the recently generated attention and momentum around youth issues, I believe we should take immediate action in working towards building the youth a public space attuned to their needs, and lobby our government and youth service sector to expand their services to the degree at which every child is safe and provided for.