A big drought would kill buffel, too 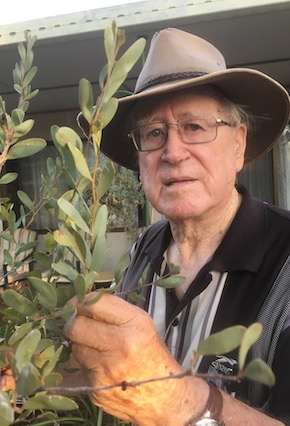 My article on the origin and spread of Buffel grass promoted some discussion. Among topics it was said that the cover provided by Buffel would prevent dust storms such as were experienced in the 1958-65 drought.

It was also claimed that without Buffel grass the ground vegetation would dry off and be blown away by winds.

Dealing with the first statement, I hope this will never be put to the test as it could only be proved by the advent of another protracted drought. Should such an event occur again, Buffel grass would certainly die as did areas of Spinifex in the big drought.

The idea that native ground cover would blow away was proved incorrect in my experience. In 1960 I built ten small exclosures on the Burt Plain between the Burt and Harry creeks. They were part of a project designed to study the diet of the red kangaroo.

As Yambah Station on which the trials were conducted was lightly stocked, it fared better than did some other properties. Even so there became a dramatic difference between fenced off and open spaces.

Ground vegetation in the exclosed areas remained largely intact throughout the drought, whereas outside areas had vegetation denuded by cattle and kangaroos grazing. Eventually, kangaroos broke through the Ringlock fencing of one exclosure to get at the protected pasture.

A more dramatic evidence of the stability of ground cover and its removal took place at Atherrita bore at the base of the Rodinga Range on the southern boundary of Todd River station. Atheritta bore was a drought-relief bore that had never been stocked when I visited the area in 1964 to conduct a vegetation survey.

The stocked areas of the station had been denuded to such an extent that the Hereford cattle were climbing high into the hills searching for feed, or, as told to me by the station owner Sandy Pye, walked out as far as 22km from a watering point, looking for feed.

I followed cattle tracks for 15km from Camel Flat bore, but turned back as I had to get on with work. The cattle came in every second night to have a drink. On another trip I saw cattle, Herefords again, high in the hills on Bushy Park station. They were climbing along euro pads.

Although the drought was well advanced I recorded 55 species of ground cover plants up to 1.5km from Atheritta bore. Most were dried out, some were recorded as abundant.

Along the drain that took the overflow from the bore tank was a line of Buffel grass. I was told the seed had been planted by the contractors who built the bore. The only other place on the station that showed any ground cover was in a small paddock at Halfway bore in which was a dense stand of dry Silky Browntop grass (Eulalia aurea).

When my survey was completed, 400 cattle were shifted to Atheritta. The area was eaten out in six months and the cattle removed.

I returned there in 1965. A vegetation survey was easy as the place looked as if it had been swept clean. The plants had not blown away; they had been eaten away. The cattle had also heavily grazed trees and shrubs, in particular Whitewood, Mulga, Emu bush (Eremophila longifolia), and Plumbush (Santalum lanceolatum).

Although severely grazed, the Buffel along the bore drain persisted. The fence of the paddock at Halfway bore had been broken into and no trace of the Silky Browntop remained. 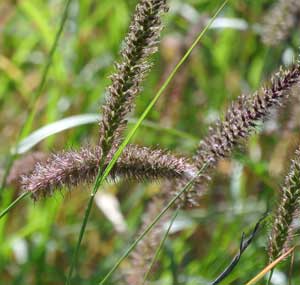 Good rains fell in early 1966. When I went back to Atheritta in June I noted how well growth had returned, although the plant composition was different from the original growth.

In particular, there was a lot of Birdsville Indigo (Indigofera linnaei) present in an area on which a horse paddock was proposed.

Birdsville Indigo is the cause of the deadly Birdsville disease in horses. Silky Browntop had regenerated at Halfway bore. The Buffel near Atheritta bore had increased but not to a great extent.

Further surveys were made up to 1972. The Buffel grass at Atheritta appeared to have settled to a relatively small area.

Another visit was not made until October 1979. In-between time the Centre had experienced a series of very wet years. Now the Buffel had made a great increase, noted to cover at least 50 hectares of a virtually monospecific community. By 1983, Buffel grass had colonised the Atheritta region to such an extent it was recorded as, “dominant in entire area as far as the eye can see”. It was also recorded as abundant at Halfway bore.

I will add here some further observations from the past of Buffel grass sightings, from my personal records:
1959: Between Tanami and Hooker Creek (Lajamanu). Before the establishment of Supplejack station. Specimen collected.
1964: Specimens collected at Katherine (common on footpaths), Elliott, Renner Springs, Barrow Creek.
1966: Noted as scattered at No. 6 bore Manners Creek station.
1967: Now noted at No. 6 bore as covering several hectares and spreading up to 400m from it.
1976: Noted as covering the area of a flood-out of the Todd River south of Ringwood.

PHOTOS: Des Nelson (at top) and buffel grass heads (above).