Will gas royalties save the NT? Read the fine print. 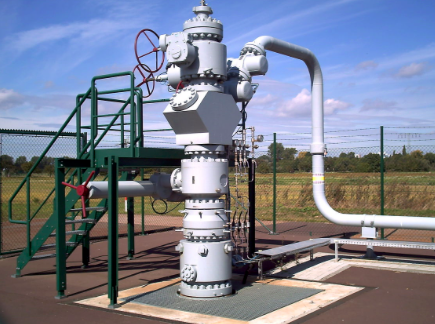 The Labor Government has given fracking the green light in hope of stimulating an onshore gas industry, but will this actually make us money? Or will Territory taxpayers foot the bill for gas companies to frack?

With an anticipated loss of about $2b in GST over the next four years, the NT Government has been forced to explore other sources of revenue. But does the environmental risk of using fracking technology outweigh the economic benefit?

Onshore gas is not new to the Northern Territory, it has been mined here for many years using conventional methods.

However, the industry has failed to pay significant dividends.

In the last financial year, the Territory’s largest onshore gas company, Central Petroleum, paid just over $3m in royalties.  This is an insignificant amount compared with $165m in royalties from the NT’s mineral sector.

The government touts the potential of the onshore gas industry  to provide vast royalty revenue, but actual royalties received to date from the industry have been significantly less than the 10% of the gross petroleum value as claimed by the government.

The reduced amount is attributed to poorly drafted legislation and lack of clear guidelines, which allows companies to deduct “broad” production costs.

Coupled with fluctuating commodity prices, the amount of royalties payable to the Government may even result in a zero or a “negative” payment.

Alice Springs News Online emailed a spokesperson for the Treasurer, Lesley Major, last week: “Please tell me what the current formula for gas royalties is.”

She replied: “Petroleum and gas royalty is calculated at 10% of the product’s gross value at the wellhead (the point of extraction)”.

To most people that would mean a pretty good earner from gas, fracked or otherwise, for the government and by extension the taxpayer.

The problem is, this could not be further from the truth. A system of allowable deductions for the gas companies reduces the actual average royalty payments to around 3% and can conceivably go down to 0%.

A discussion paper released in November 2017 for public comment by the Department of Treasury and Finance spells out very clearly how this works.

All the costs for processing, refining and transporting are deducted from the “wellhead price”.  This is known as a “net-back” method and when applied, has the potential to make the royalty payment to the government zero.

This “net-back” method can be administratively complex, and requires guidelines and agreements between the Territory and the individual producer, says the paper.

“A key drawback of the net-back approach arises if the scope of deductible costs is too broad as it can technically result in a negative value of the petroleum. This is at odds with a value-based scheme and the concept that petroleum has an inherent value.

“Although the Territory imposes a 10% royalty, the actual petroleum royalty received by the Territory since 2010 is less than 4% on the value of the petroleum at its first point of sale, and has averaged about 2%,” says the discussion paper.

Both the previous CLP and Labor governments have been aware of these shortfalls in revenue, but due to the complexity of the problem it was put into the too hard basket.

The Scientific Inquiry into Hydraulic Fracturing report – the fracking report – mentioned the discussion paper by blithely stating the Territory receives 10% of gross value at the well head without acknowledging the downstream deductions.

The report made no recommendations to improve the royalty scheme.

Ms Major has confirmed to the Alice Springs News Online that the government “will not change the manner in which royalty is calculated”.

The onshore gas industry has the ability to create a few specialised jobs, but far fewerwhen compared to the NT’s small- to medium-sized businesses.  Ironically a gas company, intending to frack, will pay less in licence fees to the government compared to a small café.

At present the application fee for a petroleum production licence is only $2,627, but it costs the government thousands in salaries to pay technical experts to assess these applications.

Essentially the government loses money on every application assessed and will only recoup its costs via payment of royalties, provided they are not zero.

Fortunately, the Labor Government has agreed to implement a full cost recovery model, but implementation may take years, as it requires considerable legislative amendments and departmental restructuring.

Hopefully the Territory Government learnt its lesson from the 2009 Montara oil spill where oil spewed from an offshore well for 74 days devastating fisheries in neighbouring Timor and Indonesia.

The Territory Government had failed to appropriately regulate offshore petroleum activities in its territorial waters due to gross under-resourcing.

Consequently, the Commonwealth Government no longer trusted the Territory Government and assumed regulation of all offshore petroleum activities.

Legacy liability issues are another financial risk to the NT Government.

The fracking report has identified the need to collect sufficient bonds from gas companies to cover decommissioning costs for any future abandoned wells.

However, the government has a track record of incorrectly calculating mining bonds or failing to secure bonds at all.

This left the Territory with multimillion-dollar liabilities for a number of legacy mines, including the infamous Rum Jungle.

Overall the implementation of all the 135 fracking report recommendations will require a significant outlay from the government and the first item on the agenda should be the Strategic Regional Environmental and Baseline Assessment (SREBA).

This assessment will provide the baseline information on the Territory’s environmental values, including its water reserves.

The Fracking Report has recommended SREBA is completed before approving any further production activities, but it will require substantial resources (both funds and personnel).

The fracking report has proposed the Northern Territory and Federal Governments as well as the industry should fund the SREBA, but the cost allocation has yet to be determined.

The first fracking activities are scheduled to occur in the coming months, but is the government ready or is this going to be another activity that contributes to the Territory’s public debt?

Let’s hope the exorbitant amount of public funds spent to date on all the inquires will prompt the Labor Government into making carefully considered decisions that will secure a good return on investment for the Territory.

Failure to do so will likely have catastrophic economic and environmental consequences, and a decision that has divided Territorians would have been for nothing.

PHOTO: A gas wellhead. After the drilling is finished and the gas begins to flow, there is no further need for highly skilled and well paid crews except for occasional checks. This puts into perspective claims of a major boost to the NT’s economy from the controversial industry.