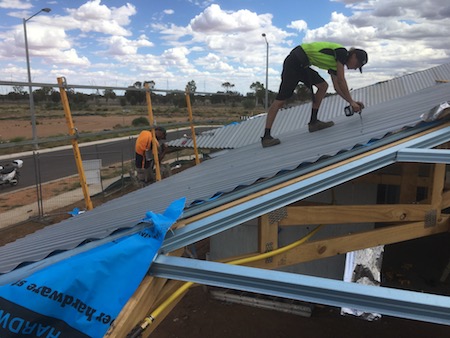 House and unit sales numbers for the March quarter showed a marked decrease from the preceding quarter, with house sale numbers falling by 48% and units by 15.2%, according to prominent real estate figure, L J Hooker’s Doug Fraser.

“We are not overly concerned with this fall in sales numbers as the March quarter is invariably the slowest quarter of the year as activity is at its lowest during the holiday months of December and January,” he says.

Reporting on the current March quarter Mr Fraser says: “House sale numbers were evenly spread throughout the town with Gillen recording the highest number of sales with 10, closely followed by East Side and Araluen with 9 and 8 respectively.”

This is well down on last year’s corresponding quarter: “The most popular suburb was Gillen with 19 sales followed by Braitling / Stuart with 16 sales and the East Side with 15 sales.”

Mr Fraser says the increase in the median unit price this year should be treated cautiously due to the relatively low number of sales.

He says in the March 2018 quarter there were sales of four residential properties over the $1m mark: “The highest sale was for a property in Range Crescent which sold for $1.35m followed  by a property in Cavenagh Crescent for $1.3m, a property in Gosse Street for $1.15m and another on Heenan Road for $1.05m.” 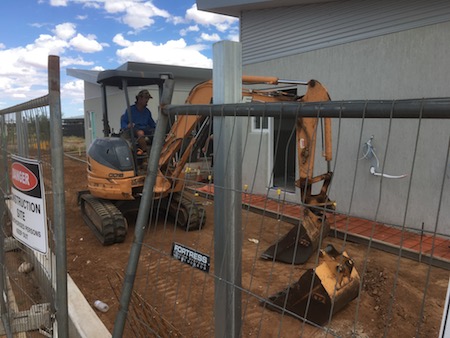 There were five settled sales in the Kilgariff subdivision and two in South Edge.

“There’s a lot of building activity currently under way at Kilgariff with a number of house and units under construction,” says Mr Fraser.

“Construction of the large community park is also underway and should be finished within the next few weeks. Kilgariff is now beginning to develop a pleasant community feel.”

About interest rates Mr Fraser says although they have now been kept at record low levels for a considerable period, but buyers should factor possible rises into their budgets to ensure that they have sufficient income to meet any increases, and not default on their loans.

Photos: New houses going up in Kilgariff. Apati Horner and James Parkyn putting on a roof.