Home Issue 2 Man in a hurry, surrounded by people who were not
Issue 2Volume 25

Man in a hurry, surrounded by people who were not 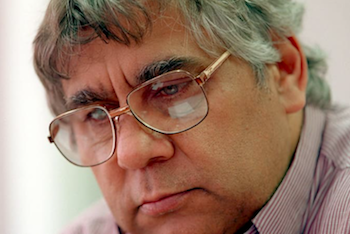 There are times when vision turns out to be no more than fantasy, and the ebullient can-do energy of the outback degenerates into mere seat-warming.

Leigh Bruce “Tracker” Tilmouth, during his much too short life, ended by cancer in 2015 at age 62, was striving to make the Territory a place of extraordinary opportunity, for all races, an ambition celebrated in Alexis Wright’s new 620 page tome, Tracker.

He is described by her as untiring in his pursuits, with an excellent mind, supplemented by cheek, humour, irreverence and charm – a visionary.

This an-idea-a-minute activist could call on friends in high and low places to get things going.

Keeping them going was another story.

A chapter in the book is called “My Agenda Is to Set Up a Food Factory”.

It is significant to The Centre because it deals with making some of the million square kilometres of Aboriginal freehold land productive in the mainstream economy, reducing welfare dependency and creating a future for the kids.

Typically, that was far from enough for Tracker: He had plans to turn the Territory into “the food bowl of the world,” as Danny Schwartz, Melbourne property developer and collaborator with Tracker, is quoted as saying. 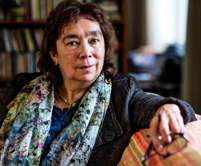 It was a no brainer for him: Involvement of his people in a commercial pursuit was an imperative and living off the land was something they had been doing for millennia.

He was deputy director and then director of the Central Land Council and he started an off-shoot, Centrefarm. That was more than 10 years ago.

Centrefarm doesn’t answer questions but it appears it has yet to produce its first fruit or vegetable, grown by Aboriginal landowners. According to its website, it is working on a pilot phase of a land-based economic strategy starting next financial year.

It has chosen six sites, three in the Top End around Mataranka, and three in the Centre between Tennant Creek and Alice Springs, adjacent to the Stuart Highway.

Centrefarm is developing a “prospectus for the Aboriginal Estate that identifies strong commercial opportunities ready to be developed from 2023 when the Pilot phase is complete”.

That’s not the pace Tracker would have appreciated when he was planning his food factory.

As Wright quotes him, shoppers at the factory could select pre-cooked meals that had different colour tags for various health requirements: “You ask for the green tag, and it costs you about five bucks a meal, and you go home and put it in a billy can of hot water for ten or fifteen minutes, then you have got yourself a little cooked meal with everything in it. That’s my agenda to develop one of those food factories.

“We are getting resistance from Centrefarm … I wanted to do it but no one wanted to do it … they make you laugh … woe is me, and it is a terrible thing … I feel so bad. Ah! Well! What are you doing about it? Oh! Nothing. 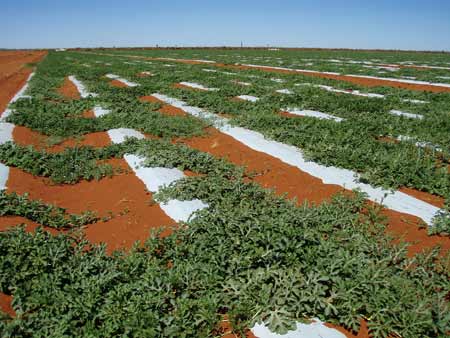 “There is the gnashing of teeth, the screaming and crying. The degrees of frustration you see are represented in your salary package. Well you look frustrated. It must be terrible. Here is some more money.

“There are a lot of people who have been paid good money over many decades to be frustrated. They have not done anything but being frustrated.”

A plan to set up an Israeli-style kibbutz (originally agriculture-based communities) in The Centre failed because “we did not have a community to set it up”.

Toly Sawenko, with a background in health, research, education and community development in The Centre, is quoted in the book about a trip to Israel to study horticultural practices in the lead-up to a citrus project at Utopia – a project that never got off the ground.

(The Alice Springs News reported about the project at the time, in June 2000.)

The similarity of the circumstances were compelling: Nomadic Bedouin herders settling down to grow produce in a very arid region.

The outcomes, of course, were quite different.

Mr Sawenko says there were five elders from the Utopia region in the study group. Their combined clan areas were larger than Israel.

The Israeli hosts “were perplexed that people could own so much land and yet have so little in terms of resources or wealth, and were not using the land in a directly commercial sort of way,” Mr Sawenko is quoted.

He deplores the inevitable chaos of dealing with bureaucracies, the Aboriginal Benefit Account and the Indigenous Land Corporation included.

And he says while “it was not difficult to find commercial interests that wanted to look at the idea of a joint venture of growing a crop … it was very difficult to get timely agreement from the Aboriginal side and from the funding bodies”.

Investors “could not just stand there waiting with their money to invest”.

Sam Miles, who had carried out groundwater and soil research at Utopia, told Wright a similar story: “The problem was, we had three different funding bodies involved. None of them could make up their mind. It was too big for all of them, just too technical. 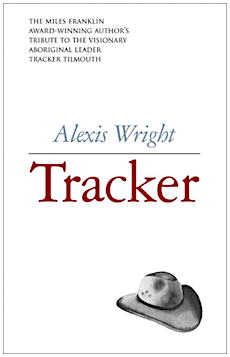 “There were three bureaucrats there who knew nothing about business. It has not changed, I might add.

“It is all about jobs but they do not say how they are going to create them.

“This is where the royalty association could put in one and a half million just like that, without blinking.

“They have got assets of thirty or forty million. That is how it works and that is an outcome.”

Mr Miles is quoted as saying that Territory Grape Farm, apparently a work in progress, is 50% owned by an Aboriginal royalty association, while investors and Centrefarm have 25% each.

Meanwhile Bob Beadman, whom Tracker describes as a veteran of Aboriginal Affairs in Australia, does not hesitate to point to the elephant in the room: The reluctance of Aboriginal people to take a job, even on their own land.

Former Centrefarm CEO Allan Cooney describes in the book the privately leased melon farm at Ali Curung as “probably the most profitable farm in Australia, getting 60% return on the assets managed. Most farms in Australia get 5%”.

Mr Beadman comments that backpackers and the “mob from TiTree” were doing the work while the Ali Curung “mob just watched.

“There is a mindset out there now that you don’t have to work, the government will keep you for life. And it has dumbed down aspirations and expectations.

“That, unfortunately, then has a terrible effect on demotivating kids from even attending school.

“They come out at the end of the school system, basically illiterate and not able to compete on the open market for jobs. So then history repeats itself. Tracker saw all of that.

As this tragedy continues to unfold (with all the devastating consequences that flow from it) this is how Centrefarm – now in its second decade of existence – is describing its objectives in weighty words about what is after all no more than market gardening.

“The Pilot Phase has been designed using horticulture as the key industry.

“Three different project designs will test a variety of approaches.

“This experience has enabled Centrefarm to create a comprehensive economic development strategy for the NT mainland Aboriginal estate in association with the Northern and Central Land Councils.

“The strategy addresses the core economic components of land, capital and labour and responds to key challenges with innovative solutions designed to bring together Aboriginal aspirations and knowledge with commercial business and development.

“The strategy is about facilitating Aboriginal landowners to become landlords, driving development to realise the full potential of their land holdings, and enabling the successful development of northern Australia.”

There is no comment about facilitating the landowners to become workers.

“Conversations have begun with many of these stakeholders already.

“A Pilot Phase is planned to test the strategy in six locations across the NT, accompanied by a targeted research program incorporating both Indigenous and non-Indigenous partners,” the Centrefarm website announces.

After “a decade of R&D work” Aboriginal and non-Aboriginal stakeholders will be working together in a coordinated plan to commercially develop the significant opportunities offered by the Aboriginal estate”.

There will be a “lead agency to act as the hub in a hub-and-spoke model, providing a recognised coordination and information point and enabling the efficient transmission of information across a large group of stakeholders.

“This agency will be called the Aboriginal Land and Sea Economic Development Agency (ALSEDA).

“A third feature of the Draft Strategy is that it will be thoroughly tested at six sites during a Pilot Phase scheduled between 2018-19 and 2022-23.”

What Centrefarm will not disclose (we asked) are its budget; what (if anything) it has grown and sold; wages and other remunerations paid; how many hours (in round figures) were worked (on the land) by employees  Centrefarm or enterprises under its substantial management or set up by it; and what percentage of these hours were worked by local Aboriginal people.