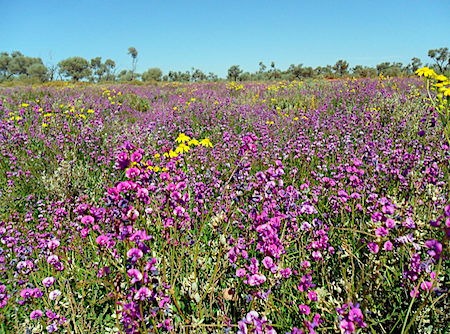 The exorbitant cost, which remains unexplained by the government, of road sealing in the Territory may be emerging as a major obstacle to the progress of the Outback Way.

The east-west link across Australia through Alice Springs is widely seen as an opportunity for lifting the town out of its tourism slump.

But the cost of road sealing in the NT is 2.5 times higher than in WA and 2.8 times than in Queensland.

The NT Government has recently completed the “Inner Loop” seal, not part of the Outback Way, between Hermannsburg and Glen Helen at a cost of $707,500 per kilometre.

The Laverton Shire in WA, a key partner in the Outback Way project, affectionately called The World’s Longest Shortcut, is gearing up to seal 40 kms, 380 kms north east of Laverton, at a cost of $275,000 per kilometre. 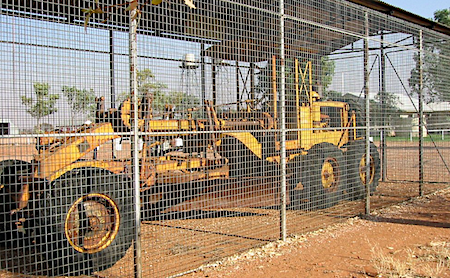 And we have reported that the Boulia Shire across the Queensland border seals roads for $250,000 per kilometre.

In every case the work starts with an existing dirt road.

The sections yet to be sealed in the NT are the Plenty Highway between the Queensland border and Harts Range, and from the Olgas to the WA border.

It is clear that grey nomads, who travel in huge numbers on the sealed Stuart Highway in their caravans and mobile homes, generally will not go near a road that isn’t sealed all the way.

An all-weather road, or one that would be far less vulnerable to flooding and rain damage than the present one, would cut off some 500 kilometres from a trip between Alice Springs and Brisbane.

Alice Springs Mayor Damien Ryan, co-chairman of the Outback Way Development Council, when asked to comment, said: “Roads built in Queensland are of a different standard. It’s a main highway for the Territory, it’s a wider road, it has more conditions to it. In Queensland it’s a road leading into the desert, as far as they are concerned.”

And: “Taking into account issues such as road safety I agree with the way the NT builds its roads. It’s a national highway. It will be a higher standard when you cross the border.”

But the chairman of the development council, Laverton Shire president Patrick Hill (at right), says the standard of the roads built by his shire are fully compliant with Australian Standards. They are wider than normally required – eight meters instead of seven.

The standard needs to be compliant with state government requirements because from time to time the shire hands over roads to the state, he says.

Les Vidovich, executive manager technical services of the Laverton Shire, says the 40 km road will be a “formed type three road, starting with a formed road”.

The Alice Springs News Online has repeatedly reported on the subject, and more recently started asking questions again on November 8 last year when reader Patsy Hickey commented: “Cost of the NT portion is twice the price? Requires an explanation!”

We’ve had no answers from the NT Government.

PHOTOS: Wildflowers along the Outback Way. • The grader at Giles weather station of the legendary surveyor, Len Beadell.

We are very aware of this matter but there are a lot of variables and we want to foster our relationship with the NT Department. The department does a terrific job with the process they work!

Queensland and WA local governments which are responsible for sealing the gravel section of the Outback Way are naturally more nimble, with direct project management, their own core crews, contracting with day rates – they can manage costs and deliver value for money.

The NT Roads are contracted as no regional council has equipment or capacity to carry out road works, besides minor repairs in more remote places. The department has a procurement process which has been established by former governments and the NT Department are implementing existing policy through this process.