Troubled kids: A year with little to show for

Of young people in detention on any given day, the majority are un-sentenced detainees on remand.

In the past three months, according to the Territory Families website, only one out of every 41 youth detainees in the NT were not Aboriginal . On any given day, more young Aboriginal people without convictions fill youth detention centres than those with convictions.

This is in clear contradiction to our common understanding of criminal justice, that only those convicted of a crime should serve time.

Dale Wakefield, however, appears to disagree. As the Minister for Territory Families, she is responsible for child protection and family services. Speaking on ABC talk-back radio on October 27 she responded to a caller’s concerns over the number of young people in detention on remand by suggesting little alternative existed.

“They haven’t been convicted of a crime and the court hasn’t been able to find a safe place to bail that child to,” answered Ms Wakefield.

“We’re dealing with a whole lot of kids and there might not be a [safe, alternative] place.”

Yet the question must be asked, is youth detention a safe place to be sending young people who have not been convicted of an offence?

No doubt the Royal Commission into Juvenile Detention will have some ideas about this when it hands down its recommendations on Friday.

Ms Wakefield was correct, however, in referring to a “whole lot of kids”. The majority of kids in NT youth detention are there on remand. However, ms Wakefield assured ABC listeners that they are only there for a short period of time.

“Kids on remand are usually only there for four days. That’s the average length of time,” she said. 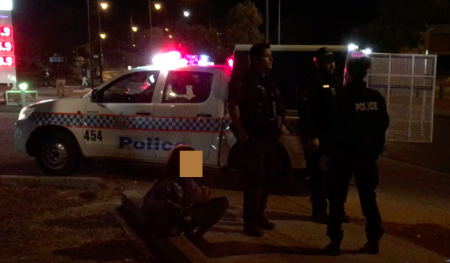 However this statement doesn’t fit with the most recently published statistics.

In the year 2015/16, data from the Australian Index of Health and Wellness (AIHW) shows that the average length of stay in youth detention in the NT for young people on remand was 11 days.

Furthermore, the amount of time a young person spent on remand in total averaged 49 days that year.

This begs two questions: Has Territory Families reduced the average length of stay for a young person on remand by two thirds in the last 12 months? Surely if this was the case, Dale Wakefield would be shouting it from the rooftops.

At the moment Ms Wakefield is asking us to simply take her word for it. When pressed on the veracity of Ms Wakefield’s claims, Territory Families preferred to remain silent.

Time served without conviction presents a serious challenge to the integrity of the youth justice system here in the Northern Territory.

It was 26 years ago that the Royal Commission into Aboriginal Deaths in Custody (RCIADC) recommended that strategies be used to ensure rates of Aboriginal youth involved in the youth justice system are reduced.

Ms Wakefield did hint at a plan in the works for the new year involving NGO-run bail accomodation houses. Looking at budget figures, the NT government has about $15m to spend on bail support accommodation in the NT, with $11.5m earmarked for Alice Springs.

The RCIADC recommended the Australian government approve informal juvenile holding homes, particularly the homes of Aboriginal people, in which juveniles could be placed if bail were in fact not allowed.

It’s unclear what steps Territory Families have taken to implement the bail accommodation plan through consultation with Aboriginal families, communities and organisations. When pressed on this matter, they declined to comment. So far Territory Families have not demonstrated how they have listened to calls for kids to be placed in the community rather than in custody.

Existing bail-supported housing combines security checks and internal scrutiny alongside liaison with the NT Police. We can only imagine that new bail accommodation will be an expansion of this approach and will not resemble a non-custodial living situation.

Territory Families declined to comment if this was their plan for supporting youth on remand in the NT. If so, it is hard to imagine how this would offer a restorative solution for those youth.

On the eve of the release of the Northern Territory Royal Commission into Youth Detention and Child Protection findings, it’s unclear if we’re any closer to informal, Aboriginal-run holding homes for youth on remand as recommended by the RCIADC 26 years ago. Nor do we see any reasonable steps being taken to shift the rehabilitation of youth through community based solutions involving the Aboriginal community.

And while we wait, 24 youths on remand wait in Don Dale.

We can only hope that the Royal Commission findings on Friday provide a renewed impetus for the NT government and community to take action now.

MS WAKEFIELD is due to make an announcement later this morning. (See UPDATE below.)

PHOTOS: Earlier this year when an attack on the town’s biggest car dealership resulted in damage to more than 50 vehicles.

Minister Wakefield’s announcement scheduled for later this morning, when she was going to “outline the Families Early Support Services reform to overhaul and rebuild the current child protection system” has just been cancelled.