Home Issue 9 Gas deal: They can't blame Giles for this one!
Issue 9Volume 24

Gas deal: They can't blame Giles for this one!

The Henderson Labor government in 2009/10 locked the Northern Territory into buying gas from an Italian company for 25 years, much of which is unlikely to be needed for local electricity generation.

That deal will force the Power Water Corporation (PWC) to become a player in the fickle market of a commodity threatened by the global move to renewable energy.

TGen currently buys $160m worth of gas a year from PWC on a short-term contract which is being re-negotiated for a medium-term deal, but well short of 2030, when the government wants to be 50% renewable, and 2035, when the Henderson deal runs out.

TGen CEO Tim Duignan told a business lunch in Alice Springs last week that by 2030 he expects  his company’s demand for gas will shrink to one-third of the current requirement.

The bulk of the gas comes from the Blacktip gas field located 110km off the northern coast of Australia in the Timor Sea’s Bonaparte Basin. The field is 100% owned and operated by the Italian company Eni. First production from the field was achieved in September 2009. 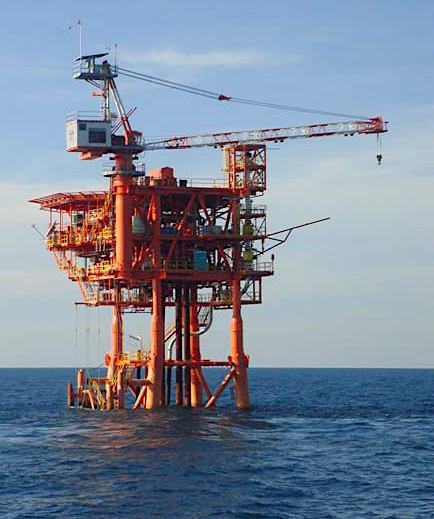 PWC will not disclose the quantity of gas it has agreed to buy from Eni over the 25 year contact period, nor the price.

PWC says the gas provided to T-Gen for the Owen Springs power station is supplied primarily from the Dingo gas field south of Alice Springs. The remainder of T-Gen’s requirements, an estimated 90%, is supplied from Blacktip.

It is PWC’s understanding that there is currently no supply of gas from Palm Valley west of Alice, a spokeswoman says.

So what will PWC be doing with the volume of gas, steadily growing on the march to the 2030 target, which  TGen is not going to buy, in a market where it is difficult to predict what the prices will be in a fortnight, let alone 15 years?

“Yes, there is surplus gas. We are selling gas,” says the spokeswoman. “We’re open for business. We’re not relying on TGen to buy that gas.”

She says the Tennant to Mt Isa pipeline, connecting the NT to the national gas grid, will be an important selling tool.