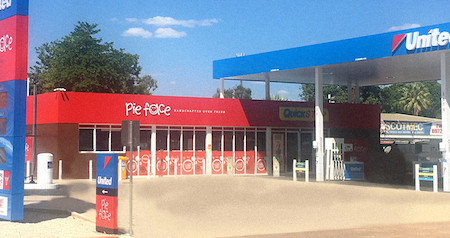 A fuel company that threatened to turn its back on Alice Springs says it will be opening a servo in Katherine today.

While at Katerine Mayor Fay Miller will be officiating at the opening, three proposed projects in Alice are subject to a wrangle with the town council here.

“The United Dalby Bio-Refinery in the Darling Downs region is Australia’s first grain-to-ethanol production facility, and manufactures the ethanol for United’s E10 and E85 Fuels.”

He says United has over 400 retail service stations and unmanned locations nationally.