The hidden costs in the switch to solar 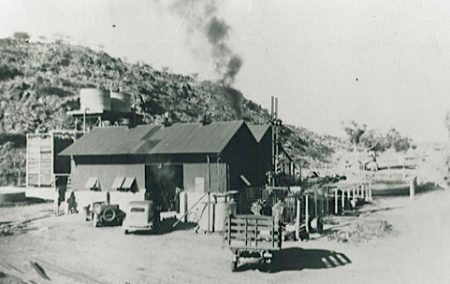 It seems simple but it has a sting in its tail: Switching an average household, fitted with reasonable passive systems keeping out the heat and the cold, to solar for 20 years costs $24,000. This includes installation, a battery ($15,000) and solar panels with switching gear ($9000).

But lurking in the dark are contingencies that the current power supplier – in Alice Springs that’s the NT Government – will need to put in place to cope with potentially enormous reductions in demand and income, while remaining able to provide back-up.

Every time the sun doesn’t shine for three days or more you’ll have to switch back to grid power, or a back-up generator, because your battery will be flat.

In Alice Springs that would be more rare than in most other parts of the world: Sunshine is one of the many things we have in abundance.

Local solar dealer Jhana Cowham, of Solergy, says a (much) more expensive battery could stretch the supply to five days.

That household would currently be paying $750 a quarter or $3000 a year to the NT Government owned electricity supplier. That’s one-eighth of the cost of the solar equipment.

Other considerations are these: Power costs are climbing. The price of solar gear is dropping. And the solar equipment would, during the day when you’re at work and the kids are at school, produce excess power which can be sold into the grid.

At the moment the NT Government owned Jacana will buy electricity from you for as much as it sells it to you.

That, Mr Cowham estimates, would generate for you, the private producer, $2000 a year.

Over 20 years, assuming current prices, that’s an additional $40,000. So what are we all waiting for?

There are a few buts.

Twenty years is a very long time in politics when politicians are having problems planning for a month.

While as the private producer you are sitting pretty, the government is looking down the barrel.

Its income from electricity sales needs to cover two principal activities: Generating power and transporting it.

While the first is partly a variable cost (you can shut down engines at times of low demand and not burn gas), the second is not: The wires need to be maintained whether any current flows through them or not.

The generators need to be maintained as well. The variable part is the cost of gas which is 55% of the cost of generation, says Tim Duignan, CEO of Territory Generation (TG).

So if you reduce your payment to the government, pegged at the amount you are consuming, from – say – $3000 to $500 a year, because you’re needing it only on a rainy day, you’ve also reduced your contribution to the maintenance of the wires and the engines by five sixths.

Furthermore, if you are using the wires for selling your excess electricity to the government, this would make its financial position even more precarious.

One of the buts is that the current electricity system’s capacity to absorb solar power is limited to around 20%. Alice Springs is getting close to that limit, with Uterne and the other private solar plants already in place here.

Well, you may say: “Too bad, I’ll just pull the pin on grid power and sell my excess to my neighbours. And maybe we’ll all get together and buy a big battery and become an independent community generation group and live happily ever after. Hundreds of such residents’ groups have already sprung up around the world.”

Nice thought, but this is where things could be getting curly – even nasty.

It all turns on this: Whether you need back-up electricity for a day or a year, the infrastructure – engines, generators and wires – is the same and has to be ready at all times. But the consumer would pay only for the one day he uses it.

If the weather closes in it would affect the whole town, not just part of it. When the batteries are flat, 100% stand-by generation is needed. All the engines and all the wires always need to be kept in top condition – just in case.

A gradual transition can only be in the form of bigger and better batteries being installed progressively. The crystal ball is still pretty cloudy on that score. But during what will need to be a 20 to 30 years process – Mr Duignan’s estimate – there are bound to be surprising developments that could work in our favour – or not.

Of course consumers can opt out and forego access to back-up from the grid and its use for selling excess power to it. Your freezer and airconditioning would be the first to go.

It would be a brave government that would tax people who get no use from the grid. But those who do can expect some hefty charges for a little bit of power used for back-up once in a blue moon.

This could be one way of putting it: It’s a form of insurance. Or: People pay for a fire station just in case there is a fire.

The Government is unlikely to insist that TG pays off the $75m for the 10 engines now being installed at Brewer Estate, an initiative of the Giles Government.

After all, the government has a “social responsibility” to provide reliable power for the public.

But there is no doubt a type of insurance payment would be charged as traditional income falls off. The NT Government owned electricity system – all three branches – has the NT Treasurer as the sole shareholder.

“For the moment, thermal power is still the cheapest option for the supply of power when the sun is not shining,” says Mr Duignan.

We are not connected to the national grid, but on July 1, 2015, the Australian Energy Regulatory (AER) became the regulator of our electricity network.

AER became responsible for the approval of prices for network services.

While the sun’s power is of course free to anyone wanting to harness it, the AER and the NT Government may take a keen interest in people stringing their own wires across parts of suburbs, setting up shared storage devices, charging their friends and neighbours for electricity and buying only a tiny fraction of their need from the government’s grid.

People power may be facing some serious challenges.