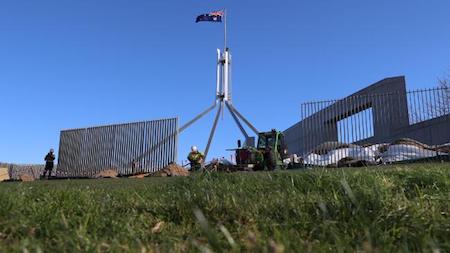 NT CLP Senator Nigel Scullion has no problem with massive fences being built around Parliament House in Canberra.

He disagrees with Andrew Catsaras, who provides online “independent analysis and observations of Australian politics,” quoting Prime Minister Turnbull as saying in Parliament in November 2015: “The terrorists want us to bend to their will, to be frightened, to change the way we go about our lives, to abandon our values.

“If we do that, they win and they will not win, we will not let them win.”

So much for not letting the terrorists win, says Mr Catsaras.

“Why just stop at a wall? Why not rebuild all of Parliament House underground like Winston Churchill’s War Cabinet bunker.”

But Senator Scullion says: “The decision to erect the eastern and western building perimeter security fence was made on the basis of a targeted security review of the Australian Parliament House security arrangements, commissioned by the presiding officers, in light of the increased national terrorism threat level in Australia. 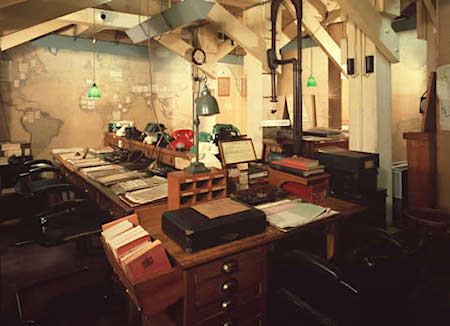 “The review recommended a series of additional internal and external security measures which were agreed to by the Parliament.

“I support the measures if it means keeping the thousands of people that visit and work at Parliament House every day safe and secure,” says Senator Scullion.

“All Australians should get the chance to visit their Parliament House – it is after all the peoples house – but they rightfully expect to feel safe and are entitled to be kept safe when they visit.”