The triumph and the tragedy of the open road 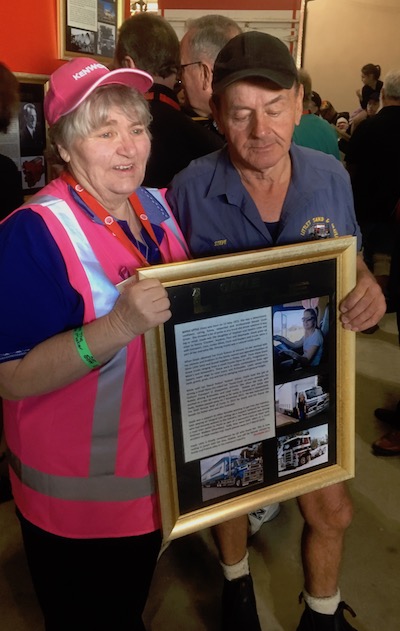 This morning 86 legends of the highway were inducted into the National Road Transport Hall of Fame as part of the annual reunion, including four Icons, Keith Thompson, from Castlemaine, and Paul Harrison, from Newcastle.

The other two are local volunteers, Mike and Ann Dunford.

That accomplishment and tragedy can go hand in hand in this industry was highlighted by the posthumous induction of Gayle Little.

The 43-year-old perished with her co-driver, Shannon “Shambles” Wallace, when their prime mover rolled and burst into flames near Port Augusta in March last year.

They had been been driving B-Doubles as a two-up team between Perth and Sydney.

Before that Gayle had driven small delivery trucks, but she helped out driving big rigs when her fiancee, truckie Robert “Robbie” Dixon, fell ill. He died in 2013 and was inducted into the Hall of Fame in 2015.

Shannon joined her on the road after Robert’s death, his best friend.

Gayle’s award certificate was received this morning by her parents, Stephen and Sandra Little (pictured above).

“Cars, motor bikes, front-end loaders and trucks were a part of her everyday life,” says the certificate. 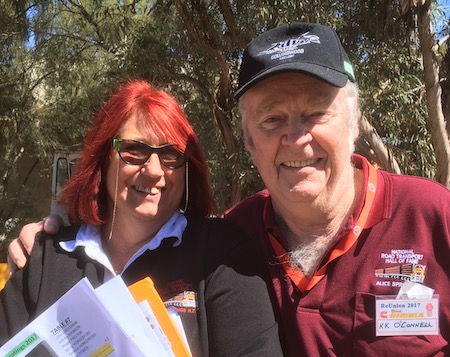 Her family’s dedication to the industry can be in no doubt: Mr and Mrs Little have been divorced for 30 years yet they are still running a trucking company together.

“I’ve got the chequebook,” says Sandra.

Alice Springs will have a chance tomorrow to celebrate road transport achievements with 750 truckies and their families from around Australia: There will be a free open day at the hall.

There will be no parade of vehicles this year. Bureaucracy is just making it too hard, says Ms Martin, but it may be revived for the 20th anniversary in 2020.

ABOVE RIGHT: The indomitable Liz Martin, the turbo charged engine driving the national Road Transport Hall of Fame, with Kerry Kenworth “KK” O’Connell, from Broadmeadows. BELOW: Guests from around Australia looking at the new induction certificates. 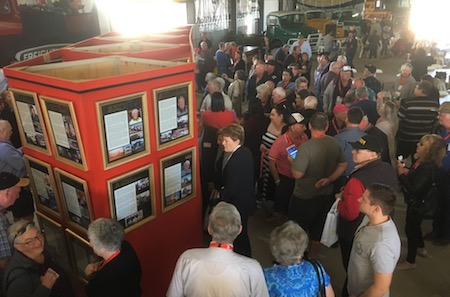