Bushmob: Wakefield is a million dollars out 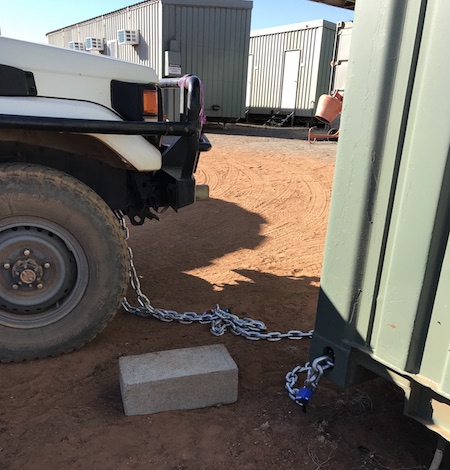 Bushmob CEO Will MacGregor has provided evidence that Territory Families Minister Dale Wakefield has got her figures wrong on the funding for the diversionary program designed to keep young people out of gaol.

Ms Wakefield told the Alice Springs News Online: “They [Bushmob] have been provided with $2.4m over an 18-month period to deliver the program, and I’m disappointed that they feel they can’t effectively run the program.”

Mr MacGregor says the amount received was in fact $1,435,096 since the beginning of the program on June 3, 2016 – a million dollars less than the Minister’s claim. He provided a detailed summary of the seven payments received.

Bushmob have now withdrawn from the “partnership” following the absconding of five inmates from Loves Creek who are now alleged to have stolen a vehicle, cash and alcohol from the Ross River tourist resort (which police in their media release referred to as a “station”.)

Mr MacGregor also released to the News a letter to Ms Wakefield dated two months before the absconding, and dealing with the inadequacies of the government-owned facilities in terms of preventing absconding.

The email says in part: “Please accept our invitation to visit the Apmere Mwerre Loves Creek Camp which we began to try to offer alternatives for young people in trouble.”

Ms Wakefield did not respond and has still not visited the facility, says Mr MacGregor.

“Around some of our young people absconding from Loves Creek … Bushmob has been requesting appropriate security infrastructure development.

“The camp was originally built for short term use not long term residential. Today there is still no adequate response with security and infrastructure, no progress while we have continued waiting and requesting in good faith.

“We still don’t have [a] master key … to mitigate suicide and security risks and staff still have to use 25 to 34 individual keys to access demountable rooms and communications office.”

Mr MacGregor says this issue has now been resolved – but it took close to a year for this to happen.

“Young men have absconded by using sticks or plastic cards to open the office, breaking into the office, trashing the vehicle key safe. One only occasion was through our staff human error.

“We are … tethering vehicles (pictured) to buildings at night while continuing to request a vehicle compound.

“The Department of Territory Families’ most recent response has been punitive rather than working together [saying] Bushmob are non-compliant with our current contract … while at the same time writing to say we will be extended until December 2017.

“There continue to be limited referrals [and no] clarity across agencies about the referral processes.”

“Not enough is being done to support us to provide or begin a meaningful culturally competent alternative outside of remand for beginning healing for these young people,” Mr MacGregor wrote.

Mr MacGregor said today as a result of the events some 12 Aboriginal staff are now facing an uncertain employment future.

Meanwhile Amnesty International is quoting on its website Indigenous rights campaigner Roxanne Moore saying: “The horrors coming out of the Royal Commission show that the Northern Territory Government needs to be supporting more alternatives to youth detention, not shutting them down.”