Call for help with roads disaster 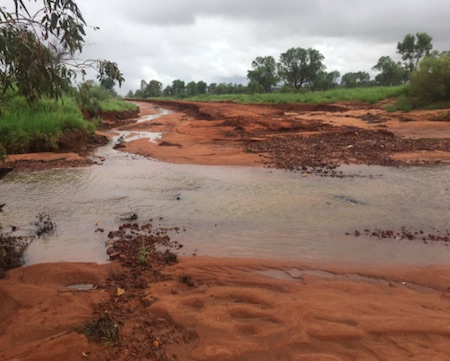 The council manages over 1,700km of roads within the Central Desert Region including roads that provide the primary access to remote Indigenous communities. These roads were badly affected by the December 2016 and January 2017 rains.

The weather event over the Christmas period was our second natural disaster in three years.

The damage to our road network was severe with many roads being impassable for weeks following the rain.

Opening works have been completed to all of our major roads and this has allowed limited access to all communities.

Unfortunately, any major reinstatement of these roads will be dependent on disaster recovery funding.

The repair bill for the whole network will be about $57m and it is clear that the remote Indigenous communities serviced by the council will not be able to afford these works independent of government assistance.

The council area services some of most remote and disadvantaged communities in Australia.

Access to our homes and communities is a basic human right.

We hope that the federal and territory governments will help us to rebuild our roads so we can travel safely and get basic supplies.

We have already spend over $550,000 just getting the roads open.