AAPA no obstacle to emergency action on trees since 2013 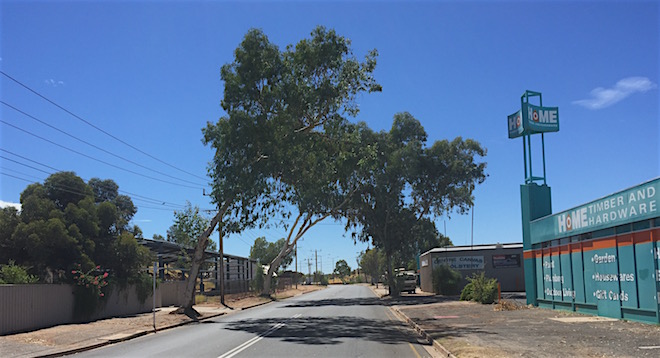 Above: An accident waiting to happen in Smith Street? Action does not depend on AAPA.

The Town Council has had a clearance certificate from the Aboriginal Areas Protection Authority that allows emergency work on “trees of significance” to be taken immediately since 2013.

The certificate is open-ended, says Acting Director of Technical Services, Scott Allen, in other words council does not have to keep applying for clearance.

Mr Allen has stressed that the public need have no safety concern regarding AAPA protocols.

Concerns regarding council’s own processes are another matter. Alice Springs News Online reported earlier this week on council’s failure to take action on trimming the sacred tree at the intersection of Parson Street and Todd Street North. Three heavy beaches have fallen from the tree in two incidents this year, despite arborist Geoff Miers having told council they needed to be pruned back in March 2015.

Mr Miers’s advice somehow got lost in the system and was never actioned. 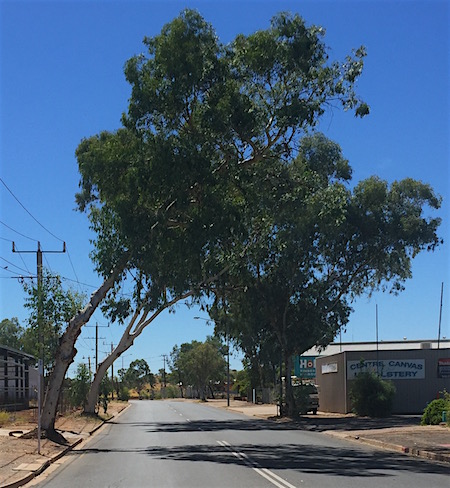 Readers responding to that story have raised concerns about trees on Smith Street, as “an accident waiting to happen” (see comments @Jeremy Spoehr and @Heather Krikke). The Alice News is unaware of whether these are trees of significance (in other words protected by Sacred Sites legislation) but in terms of action in the interest of public safety that need not make any difference.

Mr Allen told the News that a “review” of these trees is “underway”. Because they are under power lines the Power and Water Corporation will need to be involved, he said.

The News asked whether an appointment with PWC had already been made? Mr Allen could not say.

The AAPA annual report for 2014-15 provided information about the progress made with the Town Council on tree maintenance:

“An ongoing communication protocol exists in relation to tree trimming.

“These whole of municipality Authority Certificates have reduced the Alice Springs Town Council’s need to apply for multiple certificates to work on specific trees or streets in the town, providing for far more effective future town planning and ongoing maintenance of trees.

“This has also helped the Council save time and money in relation to tree trimming works.”

In the authority’s annual report for 2015-16 it describes showcasing at an NT Government conference on municipal services its “good working relationship with the Alice Springs Town Council.”