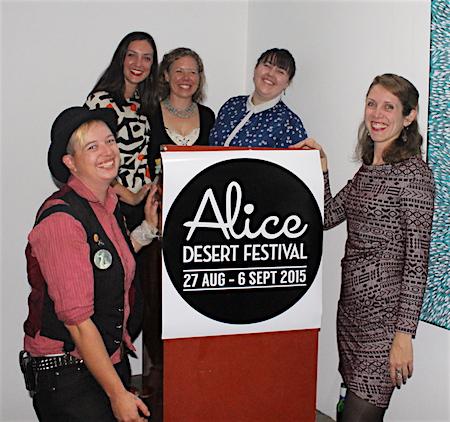 The Alice Desert Festival has another chance to apply for Federal grants under the Festivals Australia programme.

NT Senator Nigel Scullion, in a media release, is “encouraging” NT organisations to do so.

He says money is available for “activities [that] can include parades, performances, workshops, installations, or exhibitions held as part of a festival or a significant one-off community event.”

The Alice Desert Festival, which usually includes all these activities, was not held last year,  failed to make applications in the preceding round, and is tentatively scheduled for August 18 to September 7 this year, according to artistic director Ben Fox.

In the last round the Darwin Aboriginal Art Fair received $106,700 “to support interactive artist workshops during the free public programme of the annual art fair,” according to Senator Scullion.

By ERWIN CHLANDA New NT Government Minister Chansey Paech says the election has made it clear there is no majority opposition to building the national...
Read more
Issue 36

By ERWIN CHLANDA Chief Minister Michael Gunner (pictured) has given himself the portfolio of Treasurer previously held by Nicole Manison, presiding over a deficit approaching...
Read more