Sick of the weather? Join the club. 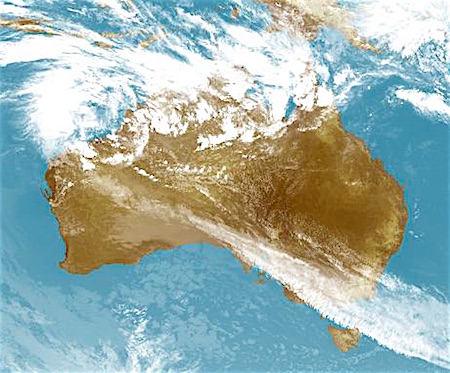 The hot and humid conditions in The Centre are set to continue as deep tropical moisture extends through most of the NT, with showers and storms forecast for most areas during the next few days, says the Bureau of Metereology.

There is a risk of damaging wind gusts with severe thunderstorms for areas south of and including Tennant Creek during the next couple of days.

Four day rainfall totals of 25mm to 50mm are forecast through much of the Barkly, Carpentaria and Tanami districts, with clearer conditions in the Simpson and Lasseter districts.

The temperature didn’t get any higher than 28C all weekend in Darwin and Saturday was Darwin’s 11th wettest day on record, with Darwin Airport receiving its highest daily rainfall (201.8mm) since Tropical Cyclone Carlos in 2011.

Pinelands recorded its highest ever daily rainfall (for any month) with 195.6mm on Saturday, with Shoal Bay recording 290mm, and Leanyer, Nightcliff Pool and Channel Point all exceeding 200mm.

The last time Nightcliff received such a high daily total (208mm) was 36 years ago, in January 1981.