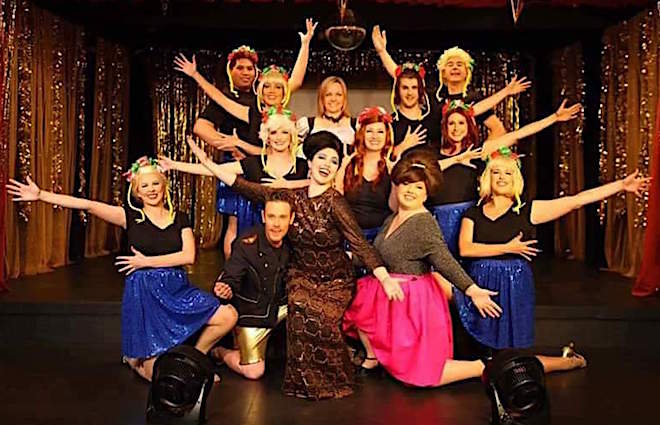 Above: On stage at the Totem, cast from the Song Contest – The Almost Eurovision Experience.

By LAURIE MAY
in our Rest & Reflection series

So we’re approaching the end of another calendar year. And what a year 2016 has been: it’s been mocked, derided, cursed, yelled at and scorned by many. Someone even wrote a song about it.

But it hasn’t been all bad here in Alice Springs. There have been some great moments, classic moments that will be remembered forever.

I’ll start with the Totem Theatre. 2016 brought us more successes and more audiences as we put on a second musical in the calendar year. Three years in a row we have been nailing musical performances and this year was no different. Our two off broadway productions included, I Love You, You’re Perfect, Now Change and the recently finished run of Song Contest – The Almost Eurovision Experience. 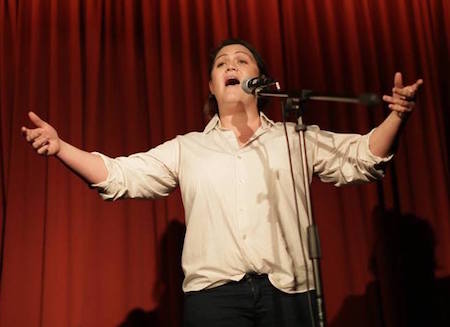 Totem has showcased local talent at three great community variety nights, Nearly Anything Goes, and in its fourth year running The Dirty Word – a platform for people to get on stage and share their words, thoughts and lives with the town.

The Youth Theatre Group is still going strong offering theatrical training during school terms and so much more. The Totem, mate, she keeps growing. 2017 is going to even bigger and better than ever. I’m stoked to be at the helm (at right, photo by Diana Haywood) of such a marvellous place for another year.

Speaking of better than ever 2016 brought us the second Red Dirt Poetry Festival! A massive four-day celebration of poetry and spoken word. I was fortunate enough to secure some funding this year from Arts NT – thanks Gov – so I could run the festival on a larger scale.

Hopefully 2018 will be even bigger and I hope that this beautiful town keeps supporting it with the same love and enthusiasm, and be able to pay Nico Liengme and Tilly Reynolds for their countless hours of work.

Speaking of Nico – you may have gotten a burger from us this year. We launched Gourm because it’s Gourm, aye. Geddit? Gourmet. Clearly North Queenslanders by birth masquerading as Territorians. Our love for this town continues to grow. 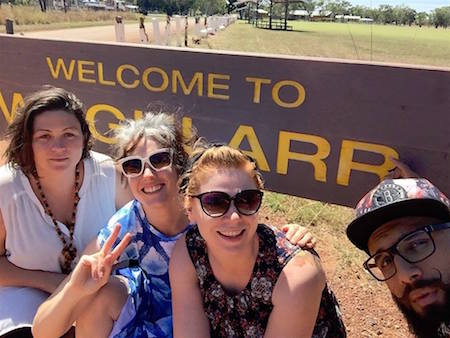 For me, the poetry has kept on coming, I ran a project for the NT Writers Centre that took three other young writers into Top End remote communities, sharing our work and encouraging young kids to write. The five day project saw young Territorians writing over 500 poems and stories, imagine if we could do that every week? I have travelled the country performing and teaching poetry along the way, the end of this year sees me at Woodford Folk Festival again, on stage sweating it out in Queensland.

But, 2016 has also put Alice Springs under the microscope. It has been called out and found wanting, prompting a Royal Commission into Child Protection and Youth Detention systems. It has seen our leaders and community outraged and divided. We have held each other and cried, we have raised our voices in anger and stood by the side of families who are in pain and reeling. We have protested week in, week out.

It is important at this time to stay together and face the ongoing challenges together, as a community. It is the time to stay strong and protect each other, love each other and support each other. As 2017 approaches, indeed it’s almost here.

We’ve almost made it through, it doesn’t however mean that the world resets when our clocks do. We don’t start each year tabula rasa, as we never have before. Each and every situation we have faced has been a direct result of ongoing and previous actions. If we want 2017 to be better, brighter and nicer, it’s up to us to change our way of thinking, the way we communicate and the messages we put out into the world.

As for 2016, there’s countless articles about how bad it’s been, like absolutely nothing we as humans could possibly do to make it better. 2016 has been the hottest year on record with those records continuing to be smashed every year and yet in 2016 we still coexist with climate change deniers. In fact a major player in that is going to be ruler of the free world and we still pretend to be shocked that this could have happened. 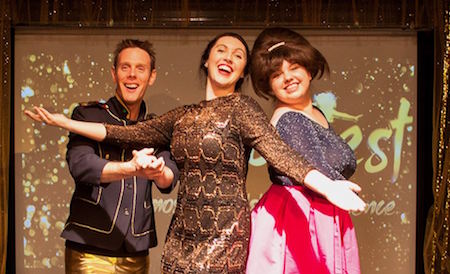 Racism doesn’t exist in a vacuum and while most of you are probably thinking but hey wait, this is Alice Springs not America or even the rest of the country. To you I counter, as a small town it is more important what we do here, when we think we have freedom from the eyes of the world, than anything else. How we compose ourselves, what we achieve, how we lead change will make the world a better place.

I was recently told that protesting and calling for change meant nothing, that we are one small drop in a large ocean. Nonsense. We can make change, when small drops get together we can create waves.